Brexit: trick or treat for NZ? 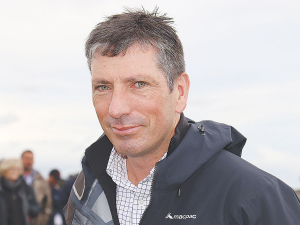 The present proposal from the UK and EU would see a 50/50 split in the sheepmeat quota and a range of quotas for dairy and other products. All are deemed unsatisfactory from NZ’s point of view.

The organisations, which include Beef + LambNZ, Meat Industry Association, DCANZ, Horticultural Exporters and Wine Growers, want the EU and the UK to use the six month extension of Brexit to propose a more equitable arrangement for NZ. The EU has given the UK until Halloween (October 31) to sort out the shambles over Brexit. This breathing space may help NZ to get its message across to the two entities.

NZ food and beverage exporters say EU and UK have argued that cutbacks to their WTO tariff rate quotas (TRQs) are necessary in order to facilitate the UK’s exit from the EU. They claim the EU/UK use the term ‘apportionment’, but NZ says while this sounds mild, it hides the harsh reality that they are undermining the quality and quantity of the EU/UK access commitments and seriously disadvantaging third country exporters.

“Without this quota access, many third country exporters would be shut out of the EU/UK markets due to prohibitively high tariffs. In some cases, this ‘apportionment’ would completely do away with all current quota access into the UK or cut back access by 95 - 99.9%.

“The figures are just as alarming for the EU side which would see reduced quota access into its market ranging from 11% to 100%. The EU and UK commitments are clearly set out at the WTO and there is no need for these to change, Brexit notwithstanding. There are wider ramifications from a precedent being established by the EU and UK actions which adversely affects WTO members and erodes current levels of liberalisation,” says the group.

The NZ exporters go on to say that it seems the EU and UK are inconsistent by adopting one rule in the case of their multilateral trade commitments and a completely different one for their bilateral trade commitments. They point out that with some current EU bilateral FTA partners, the entirety of their quota access into the EU seems to have been preserved and additional, separate quotas created for access into the UK post-Brexit.

He says BLNZ, and the NZ Government, are continuing to progress that argument with UK and EU officials.

McIvor believes the Brexit extension just means more uncertainty. He says what the NZ meat industry is doing is preparing the various scenarios that may unfold over Brexit.

“For us it’s how we manage quota and if they go out without a deal what will happen with the quota system?” he told Rural News. “So what we have done is worked with the meat processing industry and we are absolutely prepared for each scenario.”

McIvor says the Brexit saga has caused extra work and costs for BLNZ and other exporters. He notes the appointment of Jeff Grant to London, funded by the Meat Industry and BLNZ, to deal specifically with Brexit. And other staff are needed.

“It’s a pretty constant load and you have to deal with it and put the time into it. We have done a lot of software development in terms of our quota management system,” he adds.