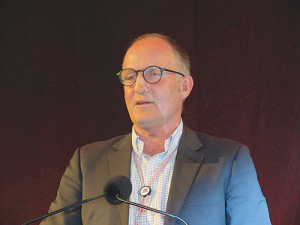 Beef+Lamb NZ directors can expect a grilling at its annual meeting in Invercargill on March 17 over their decision to award themselves a hefty pay rise.

Sheep and beef farmers around the country have been left flabbergasted about the process and appropriateness of a board resolution, to be presented at the meeting, asking for a substantial increase in director fees for both the Meat Board and Beef+Lamb NZ (BLNZ).

The DIRC was set up in 2016, by previous BLNZ chair James Parsons, as an independent body to recommend any changes in director remuneration. This was seen as a sound move and in line with how many other farmer-owned organisations operate – including Dairy NZ and Fonterra.

However, Rural News understand that the three members of the DIRC – David Nelson, Derrick Milton and Bruce Wills – were informed of the committee’s disestablishment by Morrison at a primary sector event last November. They were given no prior warning of the DIRC’s dissolution.

One concerned levypayer says he was “very disappointed” with Morrison’s reasoning for dismissing the DIRC, when he contacted the BLNZ chair about it.

“I really feel it is poor process,” the farmer says. “If they (the board) had serious concerns about the DIRC they should have had some sort of review, but to just sack them is like a dictatorship.”

Other farmers are also angry to see the removal of the DIRC, which now sees the BLNZ board deciding for themselves about how much they are to be paid.

Rural News has also discovered that well before the DIRC was disestablished in November, Christchurch-based management consultants Mitchell Notley and Associates (MNA) were hired by the BLNZ board to prepare a report on director renumeration.

The MNA report, presented to the board in June 2020, suggested a substantial increase in Meat Board director fees and also a lift in BLNZ director payments. This has now gone forward in the board’s resolution to the annual meeting to substantially increase director payments. All current BLNZ directors sit on both the Meat Board and BLNZ boards, while Andrew Morrison chairs both bodies.

Meanwhile, on the board of DairyNZ – which is a much bigger organisation than BLNZ in both revenue and number of employees – directors currently earn $45,500 a year and chairman Jim van der Poel is paid $93,000.

A multi-site study on hill country farms around New Zealand is providing a wealth of information and research findings to help guide farmers around pasture forage decisions.