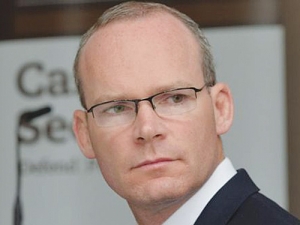 European farmers have different views on potential milk supply control measures that were recently discussed at a Council of EU agriculture ministers.

Le Foll said he was "determined to mobilise all EU member states so that each takes responsibility for bringing measures to fruition under article 222 of the common market organisation".

Article 222 is the piece of European legislation authorising the dairy industry to organise voluntary supply restrictions – such as the 10c/L incentive proposed by France to cut milk production. The aim is to push prices up during a crisis, which is normally forbidden under competition rules.

EU member states and the European Commission agreed on March 14 that the measure could be used in the current crisis. However, Ireland's Minister for Agriculture Simon Coveney has said Ireland would not use it.

In a column by Irish Farmers Association (IFA) dairy executive Catherine Lascurettes in the Irish Farmers Journal, she warned that article 222 measures are hard to implement in the first place.

"The utilisation of the article is subject to the decisions made not being found to undermine the proper functioning of the internal market, and the EU Commission must adopt 'implementing acts' to allow its use."

Lascurettes cited the example of the Dutch farming organisation LTO, which built a case to use article 222 for its vegetable sector in the wake of the Russian ban, only to see it rejected by the European Commission after waiting for three months.

Competitors in other countries are not bound by EU decisions, and can equally overproduce and cause price pressures EU producers will not be protected from.

The IFA argues that cutting production in some or all European countries would do little to solve the global oversupply crisis.

"Competitors in other countries – the US, New Zealand, Australia, Argentina, Brazil, India – are not bound by EU decisions, and can equally overproduce and cause price pressures EU producers will not be protected from. Also, when markets recover, dairy companies in these countries can and will take market share from EU exporters," Lascurettes wrote.

The IFA opposes "retrograde" suggestions to make supply controls mandatory across the EU and calls instead for "tools to combat the effects of volatility".

Meanwhile, Irish dairy farmer lobby group ICMSA embarked on a lobbying tour in Brussels after a meeting of the Council of EU agriculture ministers last month. It has called for the EU intervention price to be lifted to the equivalent of 28c/L.

"The volume and supply isn't correcting itself, and dairy farmers are still trying to run faster on the treadmill," ICMSA vice president Pat McCormack said.