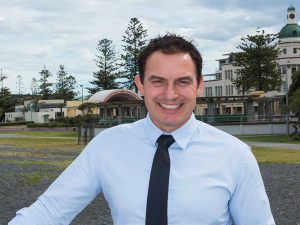 During Question Time today, Nash said “I’m not too sure what Groundswell stands for these days… It’s a mixture of racism, anti-vaxxers, etc., etc.”

Nash told Parliament that the Government has met with farming leaders and engaged with rural communities when it has been appropriate.

“Never has a politician looked down on the people paying the bills like this, stereotyping farmers the way Labour judges others for doing.

“Groundswell represents tens of thousands of everyday Kiwis concerned about the avalanche of red tape being imposed on farmers.”

Cameron says ACT has been advocating for Government to meet with Groundswell over concerns regarding freshwater regulations, the Zero Carbon Act, Significant Natural Areas, the Climate Change Commission’s report, and other initiatives and issues.

“Rural communities deserve better than name-calling from Labour MPs. Jacinda Ardern promised to govern for all New Zealanders. This was supposed to be a kind government. If Ardern wants to be taken seriously, she’ll tell Nash to apologise.”

$25.5 million for tech to 'transform forestry'

OPINION: It appears the gloves have well and truly come off between rural ginger lobby group Groundswell and the establishment ag-sector bodies.