A lesson in political science 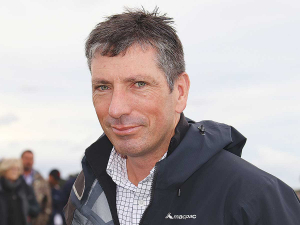 The Zero Carbon Bill has just been passed into law, but not without significant misgivings from across the farming sector.

Most of these concerns centre on the target for methane, with one farming leader describing it as ‘political science’.

Federated Farmers vice president Andrew Hoggard described the passing of the Bill as “a sad day for common sense” by failing to take on board suggestions for its improvement.

He said the Government had a golden opportunity to pass a Bill that was fit for purpose which could have taken a bipartisan approach to climate change and taken farmers along as well.

“The coalition Government not only walked away from an important part of our commitment to the 2015 Paris Agreement, which requires all its signatories not to forsake food production for climate goals, but also relinquished the opportunity to be true leaders and adopt targets for methane which truly reflect its actual warming impact,” Hoggard said.

“The 2050 24-47% reduction target for biogenic methane remains eye-wateringly hard for farmers to achieve and correspondingly dire for our economy to withstand.”

Hoggard was also “deeply worried” by a comment made during the debate on the Bill by Labour MP and former head of the environment select committee, Deborah Russell, who questioned the usefulness of New Zealand’s ability to produce food. He says the Paris Agreement specifically recognises the “fundamental priority of safeguarding food security” and policies to address climate change should “not threaten food production”.

“Cutting food production in New Zealand does not stop people eating, it merely hands production and jobs to international competitors, such as the heavily subsidised European Union’s farmers, who will produce the same amount of product, only less efficiently and with higher greenhouse gas emissions.”

Hoggard says with the current tools farmers have, the only way to meet the top end of the target (47%) is to halve the size of our livestock sector. Even if some of those tools become available they are not universally going to fit into all farming systems.

“Forcing NZ farmers to reduce production is not only going to make NZ poorer, but will likely increase global emissions, so we will effectively be shooting ourselves in both feet.”

Beef + Lamb NZ’s chief executive Sam McIvor says his organisation will continue to push for science-based methane targets. He says while the Bill provides certainty for farmers about the framework for emissions, sheep and beef farmers are disappointed the methane targets remain unchanged.

“We support many elements of the Zero Carbon Bill, however we remain unhappy with the 24-47% methane target range as this is based on an international report that clearly stated it should not be used on an individual country basis.”

He claims this range will mean that methane will be used to “cool” the planet while other gases are just being expected to provide no additional warming. That’s not fair or equitable, he says.

“Beef + Lamb NZ will continue to press for this to happen as soon as possible,” he said.