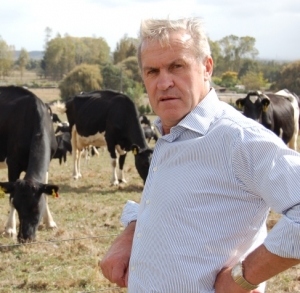 In 2011 the Government signalled plans to invest up to $400 million in regional-scale schemes to encourage third-party capital investment. Cabinet has now directed that $80 million for the initial stages of the company's operation be set aside in Budget 2013.

"The development of well-designed storage and irrigation infrastructure has the potential to deliver significant economic growth for our primary industries and support new jobs, which will have a flow-on effect for all New Zealanders," says Carter.

"New Zealand naturally has plenty of water – this is about managing the resource better for the economy and the environment."

Carter says because the opportunity to take a stake in developing regional-scale water infrastructure is new for private investors, it is appropriate for the Government to take a bridging investment role to ensure the right projects can get underway.

"The Crown-owned company will be a minority investor in any development project, and it will also plan to be a relatively short-term investor," he says.

"A number of groups are developing proposals for these larger, regional-level schemes, and the Government expects to consider at least one proposal in the next 12 months.

"It will also be better for the environment, as these schemes will lead to more efficient water use, and can provide for the replenishment of aquifers and the restoration of stream and river flows," Carter says.

Four New Zealand farmers have been selected as finalists of the inaugural Zimmatic Sustainable Irrigation Awards.

Fertigation all about farmer control