A vine time to take the helm 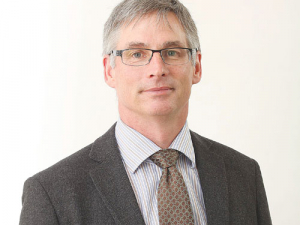 The kiwifruit industry is progressive and developing rapidly, says Stu Hutchings, who takes over as chief executive of Kiwifruit Vine Health (KVH) in March.

It has a strong and holistic biosecurity approach which is paramount for protecting the industry for its growers, he says.

“KVH has always been a progressive organisation and it was an industry leader in the way it got stuck in and managed the PSA outbreak,” Hutchings told Rural News.

“It has been one of the first groups to sign up with the Government Industry Agreements (GIA). So it has that combined approach with government and industry to managing disease incursion but also in managing biosecurity readiness and response to prepare in case of other incursions coming into New Zealand.”

Hutchings will replace KVH’s current chief executive Barry O’Neil, who said last August that he planned to quit the role after a six-year term.

Hutchings sees it as an exciting organisation to join.

“It is progressive and working hard to protect its industry,” he says. “I am pleased to be joining such a group.”

A veterinarian by profession, Hutchings currently has a management role with OSPRI, including implementing the new TB plan.

Prior to his current role with OSPRI, Hutchings was involved in on-farm disease management and biosecurity.

“Protecting our grower industries will be vital to NZ,” he says. “I see the organisation as a biosecurity agency acting on behalf of the kiwifruit growers of NZ, helping to protect their livelihoods.

“The whole aim has to be awareness of what is going on in the international market to try to prevent new diseases or pests coming prior to the border, then good strong border control to manage incursion risk, then having a readiness, response and surveillance programme in place.”

His first tasks will be to understand the kiwifruit growers’ perspectives, what the key issues are and how to work with them to manage the whole programme.