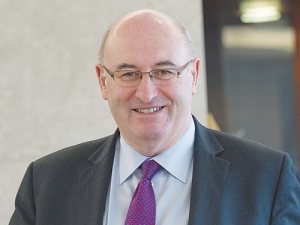 Embattled European dairy farmers are to get another $780 million to help them weather the downturn.

About $235m will be set aside for EU-wide incentives to persuade farmers to cut milk production.

EU's commissioner for agriculture and rural development, Phil Hogan, says in light of budgetary pressures the money is a 'robust response', raising to at least $1.5 billion the EU has assigned to farmers.

"Our ultimate goal is to see the much needed recovery of prices paid to farmers, so they make a living from their work and continue to provide safe, high quality food, and contribute to rural areas and rural jobs and the provision of public goods."

The UK will get $46m, the third-largest share in the EU.

NFU dairy board chairman Michael Oakes says the commission has once again shown support for the farmers.

However, UK farmers have already voluntarily reacted to market conditions by pulling back on production: daily deliveries for the last two weeks of June were 9% lower than the same period last year.

This is without financial incentive, he adds.

"While grateful to the commission, we all want to see a sector that is competitive and market-orientated.

Meanwhile members of the European Committee of the Regions (CoR) want urgent measures to limit milk production. A report to the CoR last year shows that regulation of milk production volumes would have a rapid and positive impact on the incomes of all producers.

The study shows that European regulation of production volumes would have a rapid and positive impact on farmgate milk prices.

This conclusion calls into question the theory that a decrease in production volumes at the EU level alone might not have an impact on European prices.