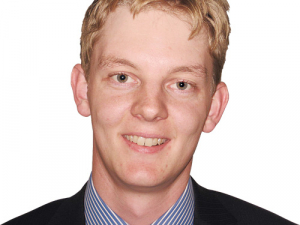 The October Situation and Outlook shows that decreased milk production from Australia, New Zealand and Europe is helping ease the downward pressure on global commodity pricing caused by oversupply during recent years.

Dairy Australia senior analyst John Droppert says Australia’s milk production was forecast to drop 5% over the full season for 2016-17, as a response to low milk prices, tight margins, and flooding and excessive rain in some regions.

“The pain many farmers in southeast Australia experienced last season, and the ongoing challenges to margins, will prove significant obstacles for some processors in securing supply in the short term,” Droppert says.

“Overall milk production will remain constrained in southeast states as farmers defer investment and focus on management to breakeven points, and conserving equity where margins are negative.”

The first two months of this season has seen year-on-year declines in national milk intakes averaging 9%, but the impact on the overall national milk volume is expected to moderate as the season progresses and the benefits of good rainfall (excluding flood and excessive rain damage) and lower costs for feed, fertiliser and water accrue to farmers nationwide.

Situation and Outlook says also that domestic-focussed regions have experienced relative stability in margins and weather, and milk production is steady or higher in Queensland and Western Australia.

Droppert says commodity markets are in a much better place than this time in 2015, but downside risks remain.

“The perennial challenge for processors and farmers is to secure adequate milk flows to capitalise on market opportunities, while protecting against damaging price shocks. This will remain top-of-mind as the industry finds its feet in 2016-17,” he says.

Internationally, demand is presenting a mixed picture, with China returning to growth while other markets are more sluggish. The value of global exports fell by 19%, with falls across all major markets, largely reflecting the lower global prices for key dairy commodities.

Global dairy exports to Japan fell by 1% in volume during 2015-16. Overall demand in Southeast Asia also slowed: 2015-16 import volumes fell 1% year-on-year, and the USD value fell 27%. Australian export volumes to the region grew by 2% however.

“Total milk sales volumes have grown moderately, increasing by 1.5% to 1358mL over the 12 months to September.

“Fresh, white full cream milk sales have increased their share, up 7% in volume and 9% by value. This reflects an ongoing shift away from modified (reduced fat) milk varieties.”

The report revealed cheese volumes have grown steadily over the last 12 months to April 2016, increasing by 2%, driven largely by growth in sales of deli cheeses.

Meanwhile, growth in butter sales has moderated, with an increase in volume of almost 4%.