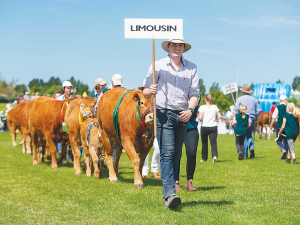 NZ National Fieldays Society is well on the way towards planning the 2021 physical event.

Following pleas from struggling Australian field days organisations dealing with cancellations brought about by Covid-19, the Australian Federal Government has responded with the introduction of an A$2.7 million support package.

The scheme allows each affected field day to apply for A$70,000, while the package also makes A$100,000 available to the Australasian Agricultural Field Days Association to hold a member conference in 2021 to assist with training and recovery planning. The AAFDA represents 21 field days associations with familiar names like Henty, AgQuip, FarmFest and our own NZ National Fieldays Society.

Sources within the association say the field days play a vital role in educating the community about the importance of agriculture, alongside making a valuable contribution to the social fabric and economy of rural and regional communities.

Here, the NZ National Fieldays Society, which was forced to cancel its annual June event and move to an online format, is still weathering the storm, like the rest of the events industry, with Alert Level 2 still restricting gatherings to no more than 100 people.On a positive note, the society has been successful in its application for support from the Government’s $10 million contestable Domestic Events Fund, with a maximum $200,000 pay out to be made soon.

Fieldays chief executive Peter Nation says they are extremely grateful for the government wage support received so far and for the award from the support fund.

“The truth is we really want a hand-up not a hand-out, so we are committed to ensuring that $100,000 of the award will be passed to our suppliers, because without the likes of marquee companies, audio visual specialists and caterers there will be no future for the events industry.

We are currently in a state of limbo, with a number of events planned before the end of the year, but Level 2 means we are unsure if they can proceed.”

Looking forwards, the society is well on the way towards planning the 2021 physical event, which will also be supported by an online presence.

In the South Island, the Canterbury A&P Association, which earlier this year cancelled this year’s New Zealand Agricultural Show, launched its own “Show Saver” campaign to help deal with the financial impact it was facing. Calling on members, competitors and the general public to lend a helping hand, the association raised $100,000, allowing it to meet its financial obligations, while putting a surplus toward organising the Spring 2021 event.

Event director Geoff Bone says they were overwhelmed by the support and encouragement we received from the campaign, which even saw Silverstream Charolais donate the proceeds from the sale of a bull to the cause.

“We are truly grateful to everyone who donated.”

The association also received additional funding via the Government’s Domestic Events Fund that will allow the core event team to remain on board to activate plans for next year’s show.