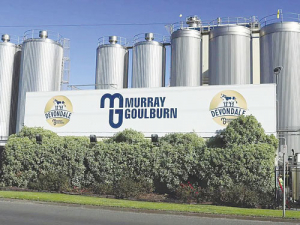 Aussie dairy farmers have received the highest opening price ever from processors.

The new dairy season has just begun and there is already plenty to keep track of for Australian dairy farmers.

The highest opening prices ever announced coincide with farmer confidence hitting a multi-year low; more farmers than ever are changing processor and the prospects of buying feed are increasingly tough.

The spending on new stainless steel and the ongoing policy and political debates ensure that 2018-19 won’t be boring.

The first is that farmers remain confident in their own business future, whilst overall confidence in the industry has fallen. As part of a regular gauge of farmer sentiment and priorities, Dairy Australia’s NDFS was run during February and March 2018.

Drawing on the views of 800 farmers across all dairy regions, the survey found overall farmer confidence has continued to slide. Only 47% of farmers feel positive or very positive about the future of the industry -- down from 53% last year and a peak of 75% four years ago. As in 2017, a higher proportion of farmers were confident in the prospects for their own businesses, suggesting that their general lack of confidence relates to external industry factors.

Also, the share of farmers now happy with their own business rose from 23% to 32% over the past 12 months.

Meanwhile, in the market conditions have continued to improve in recent months, largely as a result of weather dampening milk production in key dairy exporting countries. In addition to supply moderating, demand has improved, with many events building a far more positive market picture than was so six months ago.

In particular, cold weather played havoc with milk production in parts of Europe during the northern spring. The ‘beast from the east’ saw cows housed for longer than usual, and fodder shortages emerge, especially in Ireland. A tight product market (especially for butter) has created some price relief for European farmers, but weather forecasters are in turn predicting a hot, dry summer.

New Zealand has also had its share of challenges: eradicating Mycoplasma Bovis will only modestly affect the global milk balance, but there’ll be pain.

Still in NZ, short-to-medium term challenges and ‘peak cow’ suggest supply growth will require yield improvements. Downside risks remain, but it will be some time before global milk supply once again gets to the point of disrupting markets.

For Australian farmers, a better milk price this season is helping income, allowing progress on recovering the losses of recent years. But dry conditions in many regions in late summer/autumn have raised the cost of key inputs. Hay, grain and irrigation water prices are all eroding margins.

Late June opening price news and the treatment of sign-on incentives versus base milk prices have curled many farmers’ lips. And Dairy Australia’s forecast approach for 2018-19 season milk production is conservative: growth about 1% above 2017-18 for a total of 9.4 billion litres.

Better operating margins have delivered modest growth in milk production this season, and are expected to do the same in 2018-19, albeit restrained by increasing costs and ongoing farm exits.

But the survey shows that many farmers need more than tweaking at the margins to remain confident about the industry. Big company deals and the building of new milk processing capacity will bring more changes to business all along the supply chain.

Now that dairy markets are showing better than many had expected this soon, 2018-19 may see farmer confidence up somewhat.

• John Droppert is an industry analyst with Dairy Australia