Will the Coast’s co-op be history? — Editorial 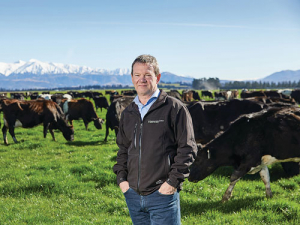 OPINION: With most of New Zealand gripped by recent events in Christchurch, a huge week in our dairy industry passed with little media coverage.

Fonterra farmers celebrated, albeit without popping champagne corks, their co-op returning to profitability as announced in its half-year results. However, Fonterra bosses and shareholders are under no illusion that the co-op is out of the woods.

Over at South Canterbury processor Synlait (and in China), champagne would have been the order of the day: the listed company had just announced another outstanding half-year result.

But it was the small dairy co-op on the West Coast that last week stunned everyone.

A photo doing the rounds on social media shows Morrison ready to sign while his grinning directors stand in the background, arms folded. Surprisingly, no signing ceremony photograph was released by Westland.

No one was surprised that Westland is being sold; its 350-odd shareholders are tired and frustrated with the low milk payouts and had been on the market, via the board, looking for buyers.

The sale process started with 25 possible suitors, dwindling to a shortlist before Yili, China’s largest dairy processor, was declared the victor.

Westland hasn’t been sold yet; that decision will be made by shareholders at a special general meeting on July 4.

It will also require High Court approval under section 236 of the New Zealand Companies Act, consent under the Overseas Investment Act and completion of other customary conditions.

Westland’s board met last week with farmer shareholders to explain and ‘sell’ the Yili deal. Some farmers were keen to know if there is a Plan B.

Yili has agreed to match Fonterra’s milk price for the next 10 years. But what happens after that? Will Westland suppliers too far from Fonterra for it to collect their milk be at the mercy of Yili and its dictated milk price?

Over the next three months Westland shareholders will have to mull this and other questions before they consign their co-op to history.