Time for a reset 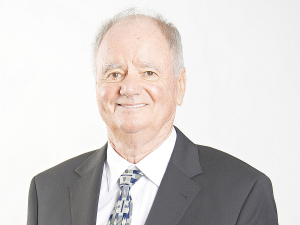 It’s been more than 30 years since a close look was taken at the sector as a whole, resulting at the time in the amalgamation of hundreds of drainage, pest and other boards to create regional councils.

While I think it’s been very successful, the legislative changes now being thrust upon local government from up high will result in financial struggles for the smaller rural councils. Ultimately, it’s a burden that will be shifted onto the ratepayer. While these councils do an awesome job serving their communities, some mergers are inevitable.

Prior to the Minister’s announcement, Waikato Chamber of Commerce chief executive Don Good had suggested amalgamation. I oppose a super council like Auckland – it hasn’t brought the synergies of cost effectiveness and other efficiencies we were told it would. That’s evident in some of the big issues that council is dealing with.

People like to meet with their mayor to discuss issues and problems and it’s important that connector be retained. I can’t see the likes of people in Tūrangi wanting to be administered by the same super council responsible for Port Charles and Port Waikato – they have nothing in common!

With this said, I think a reset is needed rather than large-scale reform. Local government can do it better and more efficiently, without throwing the baby out with the bath water. The key to meaningful change is having central government, local government and iwi at the table together.

It’s my personal view that we need to see what the Government comes up with around the functions of local government before any future form can be decided.

There is a better way, no doubt. This challenge from central government is something we should embrace, taking the opportunity to work with them to ensure better outcomes for our communities.

Your voice has been heard

It’s vital that people take an interest in local government and the decisions affecting them.

That’s why I’m delighted at the high level of interest there has been in Waikato Regional Council’s long term plan, which closed for public feedback on 30 April after a month of consultation.

All up we’ve received just under 1,500 submissions, with our proposal on our Waikato to Auckland passenger rail service, Te Huia, attracting the most feedback.

There are some strong views which have been shared on all eight proposals, and we’ve heard more from individuals, community groups, other councils and organisations, during hearings in the second week of May.

As councillors we go into deliberations at the end of this month with an open mind and confidence that we’ll have an even more workable 10 year plan by the end.

While consultation on this long term plan has closed, I do encourage you to talk to your constituent councillor and raise with them any issues you think need to be considered by the regional council in the future.

Federated Farmers want the government to give immediate attention to the Local Government '10 point plan' for rates reform.

It is time to end reliance on the current property-value based rating system says Federated Farmers.