Thanks for helping — Editorial 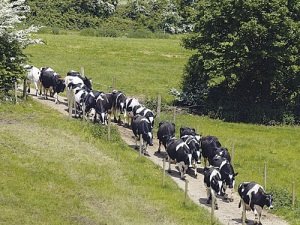 Farmers are expected to finalise a Biosecurity Levy of 3.9c/kgMS this week.

After a round of meetings run by DairyNZ most farmers are expected to say ‘yes’ to the deal negotiated by DairyNZ on their behalf. The funds would go towards eradicating Mycoplasma bovis from NZ farms.

The levy would be imposed even if dairy farmers voted against it. MPI would implement a levy under the Biosecurity Act, rather than the GIA, and the levy amount and payback period would be at their discretion without input from DairyNZ.

Under the deal between MPI and the sheep and beef and dairy sectors, 32% of the contribution would come from the industry; dairy would meet 94% of that.

The biosecurity response levy is permanently in place, but the levy amount will be substantially reduced once the M. bovis response costs have been paid.

DairyNZ acknowledges that the financial contribution to the M. bovis response, via the levy, will be challenging for some farmers.

However, it believes it was the correct decision to eradicate rather than let the disease spread through our stock — a more serious challenge with much higher and longer lasting costs.

Farmers support the programme to eradicate M. bovis and are vowing to continue to advocate for, and assist with, achieving an efficient, effective programme that works and provides equitable compensation.

It’s clear the 3.9c levy hasn’t gone down too well with farmers.

“When I heard the exact levy amount of 3.9c/kgMS, I got a little shocked myself,” Federated Farmers dairy chair Chris Lewis told the Feds dairy council meeting earlier this month.

“I was led to believe it would be around 1.6 – 2c/kgMS. Obviously they are front-loading the costs for three-plus years.”

The Government estimated the total expected response cost over 10 years to be $870 million. The Government will pay $591m, the dairy sector $262m and the beef sector $17.4m.

Eradication is looking achievable and this is a great outcome for New Zealand.

Partnering with the Government has significantly reduced the costs of managing the M. bovis response for farmers, something they will be grateful for.