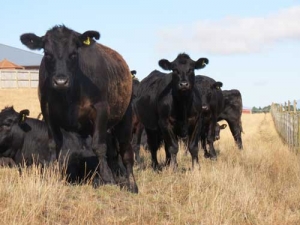 This season threw up a big challenge for dairy farmers in the low payout, but all hoped the weather might have been kind.

It has been in the Far North, but in the lower North Island, in Southland and on the West Coast, especially, nature has dealt a cruel blow.

Southland’s problem took root a year ago as drought in Otago and Canterbury caused the farmers there to churn through their locally produced supplementary feed. Southland has since suffered wet day after wet day and merciless cold -- a lifestyle anything but pleasant.

West Coasters, well accustomed to rain, have watched it pour down, on and on, except for Karamea in region’s far north. To add to the woes even the whitebait aren’t running.

Southland and West Coast farmers are seriously struggling and stress levels are very high. Some farmers are known to be not coping at all well. The wet weather has forced them to shift stock off pastures to avoid pugging and to spend extra money on supplementary feed -- if they can buy it. Debt levels are rising by the day.

Animal health is also a concern; in very wet weather it’s hard to get animals onto pasture without them damaging it. Issues arise with the standard practice of grazing cows on pasture for a short time each day, then shifting them somewhere else. Long spells on concrete give them sore legs and feet; sore feet can lead to lameness.

To make matters worse, farmers on the West Coast are living in fear of an El Nino summer, and there are concerns that the normal October rains will kick in and compound the problem. Pasture damage will be a genuine threat and fear over the next two to three months.

Unless Southland and the West Coast get a warm dry spell soon the dairy farmers there could be in real trouble. Natural farmer resilience is expected to carry most through it, but a low payout and bad weather sorely tests the resolve of all.

The Government had best ready itself; better to stump up help now to mitigate a problem than deal with a disaster. The farmers’ plight is precarious; they need all the support and help we can give them.

Barenbrug Agriseeds is inviting Southland farmers to get in quickly on a special rate for hybrid grass seed to help repair flood-damaged pastures.