Are they worth their keep? 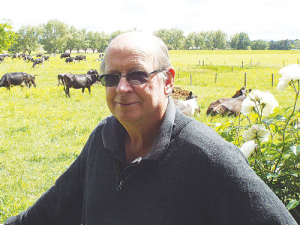 In reflecting on the salary package/bonuses paid to Theo Spierings in the past season it is important to understand that the Fonterra business is owned by shareholders who empower a board to act on their behalf.

Any remuneration paid to Spierings and his management team are based on the rules set and agreed by the Fonterra board.

The Fonterra annual review notes the board engaged McKinsey to assist with these rules as it has international experience in creating positive culture change within large businesses.

Before shareholders shudder at the size of the bonuses paid, they must ask the following questions: did the board set the benchmarks at a reasonable level? And are the rewards for achieving those benchmarks out of alignment with the end point?

One would also ask, was the use of international benchmarks/rewards appropriate in a small trading economy like New Zealand and is it best practice to make bonus payments based on such a short time-span, when the culture and management changes are likely to remain in place much longer?

Theo Spiering’s base salary is $2.462 million plus a staff superannuation payment of $170,000. The remainder of the total salary package he received in the 2016-17 season reflects the performance of the business in the 2014-15 and 2015-16 seasons. Those performance incentives were split into short-term factors, such as return on investment, revenue and the co-op’s share of NZ milk production, to total $1.832m.

Long-term incentives were based on benefits to the farmgate milk price, earnings and working capital, and improvements to the organisational health and employee engagement presumed to have a long-term benefit on future earnings.

So how can a Fonterra shareholder judge whether the apparently high payments have been to his/her advantage as an owner of the business?

A review of the farmgate milk price shows the cost of production of commodities has been stable for a long time. This must indicate that efficiencies gained over a similar period have also been maintained. There has also been a shift of revenue out of the dividend stream into milk price revenue as technological innovations have become mainstream commodities.

It is also worth noting that the shareholder dividend was lifted even though previous seasons’ dividend revenue has been transferred, while improvements in working capital are a direct improvement of revenue to shareholders. One should also note that all these changes have been made while health and safety and employee engagement levels have improved.

All payments made for achieving targets are part of a sliding scale, with the annual review indicating that if the targets were achieved, 60% of the base salary would be paid; so with total velocity payments totaling $3.147m, Spierings and his team achieved levels about 50% greater than targets. In terms of cash back to shareholders these improvements indicate a return of at least 30 cents.

Looking at shareholder returns over the long term, earnings from the milk price will provide at least 90% of their income from Fonterra, so it is important that this income is maximised. From the co-operative perspective, Fonterra can strive to control costs associated with the manufacture of its products, and it appears these costs have been stable for several seasons, while improvements in milk collection and manufacturing costs have been equal to or better than the increases due to inflation.

In summary, for a shareholder the changes brought about by the Velocity 3 scheme have delivered benefits to on-farm cashflow, even at a time of lower world commodity prices, which suggests that the Fonterra board should continue to focus on both a superior milk price and an above average return on investment in the supply chain, by making plans that will serve the co-op well and long after the present management team has moved on.

• Neil McLean is a Waikato dairy farmer and Fonterra suppler.