Never too late for technology 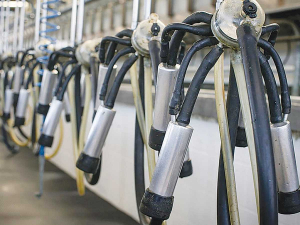 Bay of Plenty couple Andrew and Lynette Stuart are thankful for opting for a vat monitoring system.

The couple milk 150 cows on a 52ha dairy farm at Pongakawa. They also own a 10ha kiwifruit orchard.

Not big fans of technology, they were reluctant to invest in vat monitoring, but are glad they did.

Andrew says he and his wife, and their 14-herringbone shed, were all three looking forward to retirement at the end of the season.

“I suggested to Fonterra that they didn’t put a vat monitoring system in. I thought it was a waste of money for only 12 months or so.”

But Andrew says they ended up investing in the technology, opting for DTS Vat-Man.

“There are a few options out there but the most important thing about any technology is the service behind it, and the people behind the service. DTS had maintained our refrigeration over the years and we thought, why change a good thing?”

A day after installing Vat-Man, a pipe broke on farm, causing water loss from its main tank.

Then, this Vat-Man alert went off on the phone saying, ‘your milk is too warm’.

“I thought the plate-cooler wasn’t operating correctly because there wasn’t enough water flow.”

The text alert prompted an unscheduled check at the shed.

“I’m standing there, the stirrers are going, lights are on, but the vat wall was warm. Then it clicked, the refrigeration unit was not running and required resetting.”

Andrew says disaster was averted. The refrigeration had tripped, so within the first 24-hours of going live Vat-Man saved two-day’s production.

Andrew says the next day the refrigeration went off a second time. The problem was tracked 6down to an unrelated issue causing instability with the three-phase power supply.

“Vat-Man means there’s nothing to worry about and it’s never too late for a great monitoring system.”

Refrigeration is crucial in milking shed

Refrigeration is a key element in ensuring milk is cooled and stored at the correct temperature and there are a range a range of products and solutions for dairy farms of varying sizes.

Milk cooling affects milk quality. The quicker the milk is cooled after milking, the better the quality when it is collected from the farm.