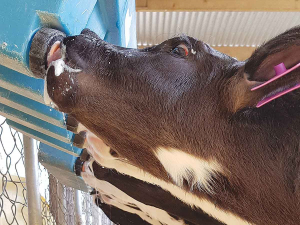 Poor biosecurity practices at calving could draw out the M. bovis eradication process.

M. bovis programme director Stuart Anderson said that the effort to eradicate M. bovis is making excellent progress, but poor biosecurity practices at calving could result in a long tail of infections, drawing out the eradication process.

“There is very little M. bovis infection left in the national herd,” he says.

Currently, there are just six active confirmed properties, and only two of those have infected cattle still on the farm.

However, Anderson warns that if there are just one or two farms that haven’t been found yet, they can inadvertently spread the infection around the entire country.

“Just one untagged or unregistered calf could spread infection to an entire herd, so it’s critical all farmers correctly tag calves, register them in NAIT, and record all movements this spring.

“Achieving lifetime traceability for our national herd starts at calving. Accurate NAIT records allow us to quickly track down any calves which have left an infected herd, and to identify all of their close contacts and get them tested to make sure the infection hasn’t spread.”

Raw waste milk also creates a high biosecurity risk – and DairyNZ’s advice is that farmers should not be feeding waste milk to calves. Waste milk can be a source for many diseases and other issues in calves as their systems develop.

DairyNZ says with an increased focus on the responsible use of antibiotics, questions are being asked about waste milk’s value as a feed source for calves, and the risks this practice might pose to the wider environment.

Waste (or ‘red’) milk is the milk produced by lactating cows when they’re sick and receiving antimicrobial treatment for diseases such as mastitis. It also applies to the milk produced in the withholding period, which can be three to four days after treatment.

MPI advises that if farmers are supplying raw milk to calf rearing operations, the milk should be treated (either pasteurised or treated with citric acid), before the milk leaves your farm.

“You also should keep accurate and up-to-date records about what farms you have provided milk to,” it says.

Following these measures will help protect against many diseases including M. bovis.

Tag every calf (and put the tag in well) that is born on your farm (bobby calves going direct to slaughter are exempt from NAIT requirements, but require a specific tag).

Register that calf into the NAIT system against your NAIT number before it is moved off your farm.

Record that movement off-farm in the system within 48 hours.

Keep groups of calves separate for 48 hours before mixing them while you observe them for disease.

Get people accessing calf rearing areas to clean their boots and personal protection equipment (PPE), and any other equipment, and clean them again when they leave.

Only buy NAIT-tagged calves with accurate and up-to-date records, and record their arrival on to your farm.

If you sell or give away milk for feeding calves, keep a record of who the milk went to.

Keep accurate records of all of your financial transactions, including calf sales, just in case you have to make an insurance or biosecurity compensation claim in the future.