Look out for pasture with 'no guts' 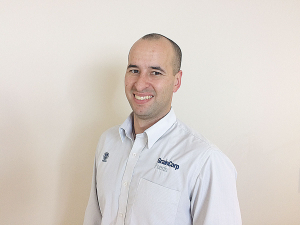 Waikato dairy farmers may face challenges from pasture with low nutritional value as they head into spring and balance date approaches.

"The growth seems fine, but I think the nutritional value of our pastures could be low. We've had low sunlight hours this winter/autumn, which means sugar levels in the grass will have dropped. We can't afford to have our herds undernourished."

McFarlane points out that at this time of the season, the energy demands on a cow is at its highest. Energy spent during calving and pregnancy must be replenished if milk production is to be profitable. His main concern is making sure farmers' herds are getting the calories they need to stay healthy.

"Each cow is running a marathon every day in terms of energy loss. Farmers have to put that energy back in. If a cow is 25% down on calories, that energy has to come from somewhere else. If it isn't from feed, it'll be taken from the cow's own system. In the end, the farmer will pay for it in dropped production and fertility."

When it comes to solving farm problems, McFarlane takes a sequentia approach. It begins with listening.

"It's about listening to the farmer, working out what the challenges are from the farmer's point of view. Once I understand the issues, it's about ranking them in order of timing and impact. What can we change right now that will help financially? What are the bigger problems we can deal with later? Sometimes it's a combination; there's a problem coming up in six months, but we need to do the right things now to set us up properly. If we don't, the dominos fall badly."

The current calving period is a good example of this.

"If a farmer's calving spread is too wide, it affects next year's mating season. Let's say some calves arrive two months late; that'll mean up to 60 days of lost lactation next season. Farmers can lose a lot of money at the front end."

In a bid to help dairy farmers in tight times, GrainCorp Feeds is giving 150 clients nationwide free access to a feed forecasting, tracking and monitoring service.

GrainCorp Feeds, formerly BLM Feeds, will officially unveil its new-look at this year’s National Fieldays at Mystery Creek in Hamilton.