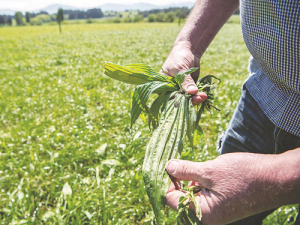 Winter is around the corner, and while it can pose a significant challenge for nutrient management, some simple actions can reduce winter nutrient loss.

Slow growth of pasture in winter and drainage can result in nitrate leaching directly from fertiliser before plants can take it up. This means the risk of nitrogen leaching from urine patches is much higher in winter.

Nitrogen leaching not only contaminates water bodies but also represents a loss of economically valuable nutrients. Most nitrogen is leached during winter and early spring when rainfall exceeds evapotranspiration. Generally, the pasture species are not active during low temperatures adding to the potential for nitrogen loss through leaching.

Some of the research to mitigate the nitrogen losses has focused on growing pasture with more rooting depth for interception of nitrate, duration controlled grazing for reducing the amount of time animals spend on pasture, and feeding high sugar grasses for reducing the dietary protein.

Further, nitrogen fertiliser reduces nitrogen fixation by clover by about one kg N/ha/year for every three kilograms of nitorgen fertiliser applied. In addition, clover content will be further reduced if nitrogen boosted pastures shade the clover. This effect is seen during spring.

Understanding the relationship between time of feeding and subsequent nitrogen excretion may enable the development of better farm management strategies to reduce greenhouse gas output.

A recent research trial revealed that the peak urine volume occured eight hours post feeding and the lowest urine volumes occurred immediately prior to feeding. Animals fed both in the morning and afternoon excreted approximately 60 per cent of their urine volume and total urea within 12 hours of being offered fresh feed.

This interesting work suggests that shifting animals to new pasture late in the afternoon would result in more urinary nitrogen being deposited at night when lower ambient temperatures should lead to reduced volatilisation and lower N20 production.

Due to the prolonged dry spell last season, nitrate poisoning can result in high nitrate levels in feed and it usually occurs in lae autumn. This is particularly during a flush of growth. Nitrate levels build up in herbage when nitrate is taken by the plant faster than it can be converted into protein. Toxicity risk progressively increases with high soil nitrogen from various sources.

It is important for farmers to get clear advice about the risks involved with winter nitrogen applications.

From a technical perspective, all farmers need to understand the term "response rate".

The response rate is the amount of pasture grown in terms of kilograms of dry matter per hectate per kilogram of nitrogen (N) applied. For example, when 30kg N/ha is applied and an additional 300kg DM/ha of pasture is grown the response rate is 10kg DM/kg N applied. The response is dependent on several factors such as soil temperature, plant growth, soil moisture, the deficiency of available nitrogen in the soil and the rate of nitrogen applied per application.

The profitability of applying nitrogen is dependent on the utilisation of the extra feed. Therefore, nitrogen needs to be strategically applied to fill genuine feed deficits.

Bala Tikkisetty is a sustainable agriculture advisor (technical) at Waikato Regional Council. Contact him on This email address is being protected from spambots. You need JavaScript enabled to view it. or 0800 800 401.

Changing for the future

The Everest family of Ashburton in Hinds are one of many local farming families working hard to reduce nitrogen loss.