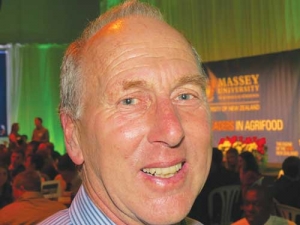 The Template for Arable Enterprises has been developed by FAR and approved by Environment Canterbury as meeting all the requirements of Schedule 7 of their proposed Land and Water Regional Plan. This means cropping farmers now have access to an FEP which recognises the intricacies of their enterprise. It is hoped the template will be acceptable or easily adaptable for other regions.

The template was developed by Diana Mathers, FAR’s research manager for farm systems, who says that because most cropping farmers also graze livestock throughout the year the process wasn’t straightforward.

“There isn’t any such thing as a ‘typical’ arable farm. They may be growing any combination of cereals, herbage or vegetable seeds, or maize. They may be making hay or silage, and grazing sheep, cattle or deer – or not.

“And whatever they do grow or graze is likely to change from year to year, and even within a year, depending on markets and weather patterns. This required devising a template that would meet prescriptive regulatory requirements, but be flexible enough to accommodate the ever changing rotations of a cropping farm.

“We wanted our FEP to be as short and easy to fill in as possible, and we have finished up with an interactive template that can be downloaded and filled in on a computer or, for those who prefer it, printed off and filled in by hand.”

The template is approved by Environment Canterbury’s Farm Environment Plan assessment panel, whose chief executive, Bill Bayfield, says they are impressed by its quality and by the detailed guidance notes produced to go with it.

“Arable farms are many and varied and can contain several management blocks. This template allows farmers to clearly identify any risks associated with management practices such as irrigation, nutrient and effluent use, and other potential problem areas such as silage or offal pits. We have also included a farm biosecurity section, which is not a requirement, but which many farmers may wish to consider.

“We have asked some of our growers to ‘test drive’ it, to ensure it is practical and easy to use, and their feedback has been positive. Also we plan to run workshops in the next few months to introduce growers to the template and help answer any questions on filling it out.”

The template is available on the FAR and Environment Canterbury websites.