Thousands against sale of Tip Top 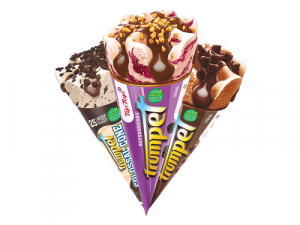 Tip Top won't be sold without first a fight from Fonterra farmers and Kiwis.

He says Tip Top may be a great brand but the question is whether the business fits Fonterra’s strategy in the future.

“I can understand it being an iconic brand but... the decision should be in the best interests of its farmer shareholders,” he told Dairy News.

Williamson says if Fonterra gets a good offer for the business, it should sell. Fonterra also definitely needs a stronger balance sheet.

The co-op is hoping to reduce its debt by $800m this year, by reducing costs and selling assets.

But Fonterra’s announcement triggered an angry response on social media.

On Twitter, a petition was launched by Taranaki farmer Matthew Herbert to block the sale of Tip Top now has thousands of signatures. The peititon explains why Fonterra looking at selling its Tip Top ice cream brand is an issue for its farmers.

“Tip Top ice cream is one of the biggest links between fresh New Zealand milk from Fonterra farmers and people who live in our cities.

Sign the petition and help farmers save Tip Top from the chopping block! Lets tell Fonterra to hold onto Tip Top and keep our delicious ice cream going from farm to freezer.”

Another Twitter user, @caroljubes, said that if Tip Top wanted to increase revenue without spending lots of money it should bring back ‘Strawberry Toppa’.

If tip top wanna increase revenue this summer, possibly enough that no large scale investment is required, all they need to do is bring back the Strawberry Toppa. That'll do it. Best ice cream they ever made.

And selling the thing that resonates most positively with the NZ public in a climate where dairy farming is viewed negatively is... not smart

I suspect Fonterra are severely underestimating the goodwill Tip Top generates for us with Kiwis https://t.co/chPmKULAy8