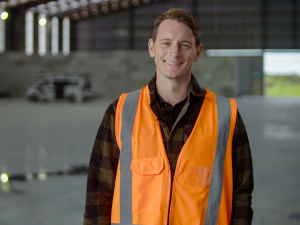 Calvin, the Northern 2021 FMG Young Farmer of the Year, grew up on a Northland dairy farm, studied agriscience at Massey and began his career with an agri-nutrient company in 2013.

After his OE in London, he returned to the company and is now Northern North Island regional sales manager, heading a team of nutrient specialists.

"Going out on farms, I have seen farmers' attitudes change significantly since 2013," he says.

"Back then, many could be pretty dismissive in their response to conversations about health and safety, but now they are much more on board with the requirements and attitudes are very different."

For Calvin, a strong awareness around farmers managing fatigue and the importance of looking after their mental health and wellbeing and that of their people is a critical part of any health and safety plan.

"I'm a strong advocate of being aware and noticing if someone doesn't seem well. I try to encourage them to talk and to seek help."

Calvin is also a volunteer with 'Surfing for Farmers' in Whangarei. The voluntary organisation started in Gisborne and has spread countrywide.

"We help organise it. All the gear is provided, and farmers come along and get free leassons. It gets them off farm and provides the opportunity to learn something new and to catch up with other farmers. We've had 100-150 farmers in the water - and we have a barbecue afterwards."

Calvin grew up as one of five children. Like many farm kids, they worked alongside their parents on the farm, learning how to do jobs safely.