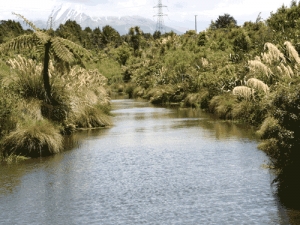 A survey conducted by Federated Farmers and DairyNZ reveals that New Zealand dairy farmers have spent over $1Billion on environment in the past five years.

“It is encouraging to see the significant investments farmers are putting into protecting and improving the environment,” says Andrew Hoggard, Federated Farmers dairy chair.

“Farmers understand the need to get the balance right when it comes to lifting production and profits along with environmental responsibilities. The survey reflects this commitment with an average spend per farm of $18,000 a year. That’s equivalent to $90,000 per farm in New Zealand over the past five years.”

DairyNZ chief executive Tim Mackle says, “This is just the start of our industry trying to understand and quantify how much farmers are investing in environmental actions. We are also collating actions from our Sustainable Milk Plan projects to keep a record of what farmers are doing around the country and the difference their investments are making. This is the first time we’ve done this kind of survey and it gives us a broad brush indication of what is being done on the ground, based on what the more than 500 farmers who responded have told us.”

“The survey attracted a particularly good response rate from Marlborough-Canterbury dairy farmers of 7.7%. That region’s farmers had spent an average of over $170,000 per farm in in the past five years. Otago-Southland dairy farmers were not far behind with 6.5% responding, and having spent on average over $150,000 per farm.”

“It’s clear there is a significant commitment from New Zealand dairy farmers to farming responsibly and investing in actions that make a difference to managing their farms’ environmental impact.”

Hoggard says there are no surprises in the survey results. “The main investment is going into effluent management, but it was interesting to see that it was approximately 70% of farmer’s total expenditure,” he says.

“The survey was also open for farmers to tell us exactly what they’ve been up to, and they’ve been doing a hell of a lot! Respondents have spent over $8 million in the past five years retiring land and developing or preserving wetlands."

“It is mind blowing to think that the collective investment of over $1billion by dairy farmers on the environment has just been for over the past five years. This is money coming directly out farmer’s bank accounts some of it voluntary and some of it necessary all the same it is significant and shows the level of accountability that is happening in the dairy industry.”

“This survey has opened up a window for the New Zealand public to see just what farmers are doing to protect and enhance their land. We knew the investment and work was happening but it’s great to see it on paper.”

“I’d like to thank the farmers who responded to our survey and congratulate them for everything they’re doing to leave their land in a better state for the next generation,” concludes Hoggard.