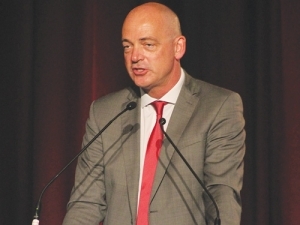 Fonterra chief executive Theo Spierings says dairy exports and imports have been imbalanced for the past 18 months.

He blames this on European production increasing more than expected and lower imports into China and Russia, the two largest importers of dairy.

"The timeframe for a rebalancing has moved out and largely depends on production reducing, particularly in Europe, in response to these unsustainably low global dairy prices. The long term fundamentals for dairy are positive with demand increasing at over 2% a year due to the growing world population, increasing middle classes in Asia, urbanisation and favourable demographics.

"Our forecast is based on no significant changes to either supply or demand globally before the end of the year. However, a reduction in the supply available for export before then could mean prices recover earlier than currently expected," says Spierings.