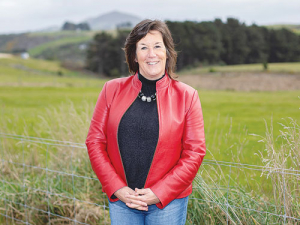 The emotional, social and psychological impacts of Mycoplasma bovis on southern farmers and farming communities will be studied by the University of Otago.

Rural health senior research fellow Dr Fiona Doolan-Noble says the two-year study will look at the impact of the eradication on farmers directly, and the wider community more generally.

“For the farmers themselves, one day their herd is there and the next morning they wake up and they’ve all gone,” she says.

“That’s a huge loss on many levels: it’s an emotional loss, a sensory loss and a financial loss until compensation is received and they can start building up their herd again.”

Others within rural communities are also affected, including agricultural suppliers, small rural businesses and community groups.

Doolan-Noble says studies from the 2001 foot and mouth outbreak in the UK show the outbreak was “not just an animal tragedy but also a human one”.

UK research identified feelings of distress and bereavement, concerns of a new disaster, loss of faith in authority and control systems and annoyance at the undermining of local knowledge.

The foot and mouth outbreak was contained within seven months but M. bovis is more difficult to control and may take years to eradicate.

“The fact that it could drag on for a long time introduces another complexity,” Doolan-Noble says.

“Farming is at the core of many rural communities and when it takes a hit the whole community gets hit.”

The study in Otago and Southland is due to start in April and is funded by a $120,000 lotteries grant.

It will be co-ordinated by Doolan-Noble, a veterinarian and director of VetSouth in Winton, Mark Bryan, and a medical anthropologist in the Department of General Practice and Rural Health, Associate Professor Chrys Jaye.

The researchers will be working with many groups in the community and information will be collected via interviews, logs kept by participants, and analysis of media coverage and social media sites.

It is hoped results from the study will help to inform the government’s management of the current outbreak and add to the limited body of research, aiding future decision making in exotic disease responses.