Should we try the Dutch approach? 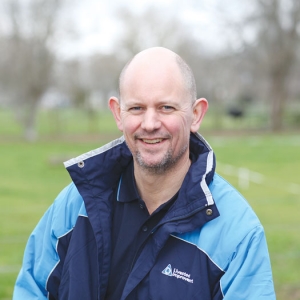 A suggestion that New Zealand farmers should house more cows hasn’t gone down well with one industry leader.

However LIC chief executive Wayne McNee sees a flaw in Dijkhuizen’s argument: profitability and efficiency does not seem to feature highly.

“The two go hand-in-hand here,” McNee says. “Profit is the ultimate goal for New Zealand dairy farmers, regardless of the system or technology utilised.

“The best way to make a profit is by breeding animals that will efficiently, and repeatedly, convert feed into quality, high-value milk.

“The New Zealand cow is renowned for her ability to efficiently produce milk solids, get in-calf each year and keep doing so for an average of five lactations. For the majority, this is on pasture, at the envy of many farmers around the world. “

McNee says the claim that Dutch cows produce twice the volume of milk of New Zealand dairy cows may be true but he questioned how much feed the animals require to achieve those levels of production, and at what cost to the farmer.

“Also, how fertile are they and how long will they last in a herd? Therefore, how efficient are they, really?

“What works in the Netherlands, or any overseas model for that matter, won’t necessarily work here.

“Housing cows in barns is not the only way to increase production.  New Zealand dairy farmers have proven the success of this over the last 20 years: average production of milk solids from New Zealand cows has increased from 278kg to 371kg, and 60% of that increase is a result of genetic improvement.”

Dijkhuizen told Dairy News that he accepted the success of the New Zealand system in the past.

“The discussion, however, is about the most attractive system for the future… where environmental regulations may (or will) restrict the growth and profitability of the New Zealand system and hence increase the costs of production.

“The question then is not which cow produces the most per kg of liveweight but what is the most efficient and profitable per kg of milk or milksolids.

“In that equation, it becomes much more attractive to produce the amount of milk with fewer animals or, the other way around, to produce with the same number of cows more milk.”

He cautions that simply rejecting possible adjustments of the NZ dairy system may turn out not to be the wisest option.

Would be good for NZ’s image in 10 years and would fuel greater production to help meet growing demand for dairy.

Data the key to farming's future

The next era of farming will start with taking full advantage of data, says LIC chief executive Wayne McNee.

LIC ascending into cloud for technology