Revelations in the cow shed 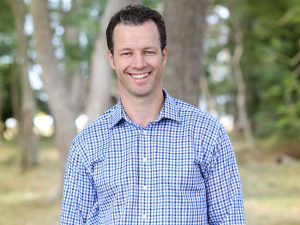 Mental health and connectivity are two of the main issues affecting dairy farmers in this country according to a survey by DairyNZ.

The so called ‘cow shed’ survey shows that 62% of farmers say that they or someone on their farm had experienced mental health issues over the last year.

DairyNZ chief executive Tim Mackle says he was “quite surprised” at how high this number was.

“I think the stresses that came out in the survey were drought, with two thirds of those surveyed saying they had been affected by drought in the last little while,” he told Dairy News.

“Then you have got uncertainty over the regulatory environment and that came out as one of the main causes, and I think pressure from banks was the other factor,” he says.

Mackle is also surprised that 94% of farmers claimed they were proud to be working in the dairy industry. He says that was a good result considering that dairy farmers have for long complained about being ‘beaten up’ in the media. Mackle says he thinks the positive response stems from the fact that during Covid-19, dairy farmers have been allowed to keep going and make a positive contribution to the country.

A total of 250 dairy farmers were surveyed nationwide and DairyNZ says while the sample is small, they are satisfied that it stands up statistically and has a wide geographic spread.

The survey was designed to form the narrative for a ‘state of the industry’ report to the Government and policymakers at election time.

“It is not something out of the ordinary. It is something we at DairyNZ normally do and have done in the last three elections, but this time we took a slightly different approach and interviewed farmers to makes sure we had an authentic perspective from behind the farm gate. This helped us form the top ten priorities for the sector, which are things we want the incoming government to do. The report has been distributed to all the political parties as well as policy makers and farmers,” he says.

Mackle says farmers were also asked what motivated them the most to get out of bed in the morning and he says it was great to see is that working and caring for animals is the main driver for 43% of farmers. Providing for their family came in a close second.

“This sends a tremendous message that farmers really value what they do, and that animal care remains at the heart of their farming business,” he says.

One of top ten priorities for DairyNZ is getting the right environmental settings and ensuring that water quality improvements are fair and equitable, clear, scientifically robust and have pragmatic timeframes for implementation.

Mackle says more people in NZ share the view about sustainability and wanting to live in a country where people look after the resources and animals. The issue is, how we get there, he says.

“We may differ in what good looks like. We certainly differ in the how of achieving that. Farmers do get frustrated when they are doing the hard work day in and day out and they are also the ones that have to make the changes. They have got their own perspective on what they see practically could work and they often get very frustrated with people who are out of touch with what they are facing,” he says.

Southern dairy farmers will have a front-row seat in designing, approving and testing a new wintering system in Southland.

Gillian Saich from Invercargill is new to dairy farming and was thrilled when a dairy farmer offered her work experience on his farm.