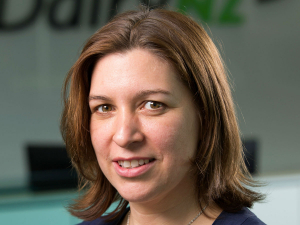 The Dairy Companies Association (DCANZ) and the Meat Industry Association (MIA) are the brains behind the Biosecurity Business Pledge launched in Auckland on October 31.

DCANZ chief executive Kimberly Crewther says the idea of the pledge is to recognise that New Zealand with its natural resource based economy -- including tourism as well as agriculture -- benefits from being free of major pests or diseases.

For NZ to maintain this privileged position it must recognise that all its activities have a biosecurity element, she says.

“This is a recognition that it isn’t just a job for MPI at the border but every New Zealander can reduce biosecurity risks for the country. Also that business have the ability to play a leadership role in making sure NZ has a strong biosecurity culture, just as we have strong food safety and work safe culture.”

Crewther says DCANZ and MIA developed the concept of the Biosecurity Business Pledge and then suggested their members and other associations, eg DairyNZ, Beef + Lamb NZ, HortNZ and Federated Farmers, spread the word.

She says the risks of a major biosecurity incursion such as foot and mouth disease would be catastrophic for the dairy industry.

Also driving the pledge idea was a recent MPI survey showing that while most NZers recognise biosecurity as a major issue, only 2% see themselves as having a role in keeping NZ free from major pests and diseases.

“There is almost a good neighbour context to this. We wouldn’t want any of the risks that are sitting within the dairy supply chain to spill over to other businesses and equally we rely on others taking actions to reduce the risks for us,” she said.

Crewther is pleased that Norwood, Countdown, Mainfreight, Auckland Airport and Northport have signed up and she hopes others will.

As part of the pledge a network has been set up and organisations are starting to share some of their steps in building a biosecurity culture.

“We have already seen Fonterra sharing their biosecurity guidelines for travel, so if any company is thinking about what guidelines they should have for corporate travel there is a model they can adapt. We are  hoping that all companies will be thinking about different things which can be shared,” she says.