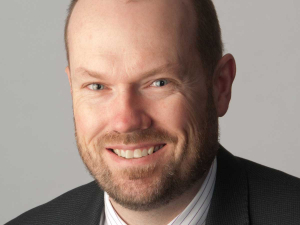 He says the predominance of infected beef – as opposed to dairy enterprises – recently identified by the programme suggests good gains in its capacity to find, contain and control the infection.

Stuart Anderson, formerly MPI’s director of fisheries management, took over this week from Geoff Gwyn, who’s led the initial response and later eradication programme for the past three years.

Just one new infection – on a dairy enterprise – was confirmed in the week ended April 3.

Properties under a Notice of Direction stand at 153 – the lowest it has been since May last year.

Anderson explains that for each infected dairy enterprise, the programme expects to trace forwards to more than one infected beef farm.

Anderson said it was important to compare seasons of screening to identify national trends.

“Of the farms with a screening result prompting on-farm investigation through spring 2018, 5.3% were confirmed as infected (‘the conversion rate’).

“The conversion rate for spring 2019 screening was 2.7%. Declining conversion rates are consistent with a reduction in the number of infected dairy farms nationally.”

Autumn-winter 2020 screening begins next month. The conversion rate observed through this period can be compared to that for 2019 to assess for similar trends, Anderson says.

Meanwhile, the National Beef Survey, which aims to find out exactly how far M bovis has penetrated the beef sector, has been paused under Covid-19 Level 4 movement restrictions.

The survey was announced in January and involves sampling about 2500 beef herds with no known link to M bovis.

Anderson says it rolled out to national coverage shortly before the Covid-19 lockdown but has now been paused and will recommence as soon as possible.

“While good progress has been made, data sets are yet to be processed.”