No quick change to farm systems 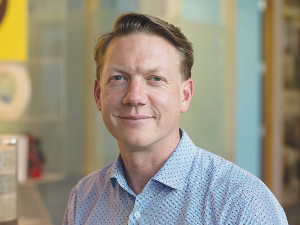 “They are difficult biological systems and people who are not in farming expect you to be able to switch on the new system overnight,” he told Dairy News.

“It takes a long time to get those changes right, to embed the new technologies in farm systems to make them work effectively. Farmers fundamentally are small business people who can’t risk their entire business with a big shift in how they operate one year to the next.

“They need to do it a bit more gradually and so we need realistic timeframes as to how quickly we can move to much more sustainable farm systems.”

But he says the sector needs to make sure it is ambitious enough to really change.

“I like the role Pāmu can play in this sector because we are big enough that across 120 farms we can try things on a few farms that won’t fundamentally change the business.

“If they work we can roll that out really quickly across our farms and across the broader industry. That is actually an important role we can play. Not many farmers can do that when they are operating at a much smaller scale.”

But system changes and investment in diversification and environmental sustainability cost a fair bit and take a while, he says.

Drought in the central North Island affecting milk production plus writedowns mainly on land values hit Pāmu's bottom line in the year to June 30, 2019. Its latest forecast for last year shows revenue was down 2.4% to $241 million (2017-18: $247m) because of lower milk, livestock and carbon credit revenues. The company will have an after tax loss of $11m largely due to writedowns.

About 45% of its milk comes out of the central North Island which had the lowest rainfall in more than 10 years, says Carden. He says Fonterra shares decreasing and Westland’s problems with its payout last year also contributed.

Carden says with climate change they will see more weather extremes with hotter and dryer or wetter and colder weather in different parts of the county. “So we expect our West Coast South Island dairy properties to be receiving more rainfall and East Coast and central North Island properties to be expecting less rainfall and higher temperatures.

“Our strategy is trying to find a variety of different land uses which diversify and decrease the overall risk we have as a business with any one land use or commodity type.”

Milk is still a major contributor to their revenue stream. Dairy initiatives include a continued focus on A2 and organic milk production, which receive good premiums.

Pāmu has a 35% investment in Melody Dairies, which is constructing a milk drying facility near Hamilton on schedule and budget for processing to begin in July 2020. This will see much needed drying capacity added to the specialty milk sector, including for sheep milk.

It also has a 50% joint venture in Spring Sheep Dairy, now seeing growing demand for its products offshore.

Carden says sheep and deer milk are growing steadily and Pāmu is vigorously pursuing productivity gains through subsidiary companies Focus Genetics and FarmIQ and is doing trials directly on farm.

Any business faces the challenge of making money and achieving the best bottom line possible but also investing in the future, says Carden.

It is a case of just trying to get that balance right.

“We are investing a lot in fertiliser application technologies. This is all in farms systems that will be a lot more resilient and able to cope with tighter environmental regulations in the future and the shifting and ever changing expectations consumers have of how their food is produced.”

While these changes take time and cost, the status quo is not an option he says. The farming community is picking up and responding to that message.

“Every industry around the world is having to change with the impacts of climate change and the new dynamics of operating in a lower carbon world.”

Nevertheless he is optimistic for this year.

Westpac NZ and Pāmu claim they have signed New Zealand’s most comprehensive Sustainability-Linked Loan to date, also the largest in the agricultural sector, and the first involving a state-owned enterprise.