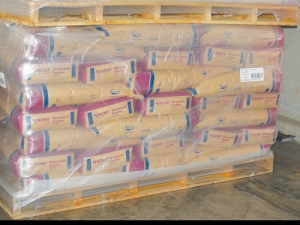 Wholemilk powder exports to China are still down.

Dairy Australia's next 'Situation and Outlook' report will be released on June 1, as a challenging season for many farmers approaches its end.

The impacts of a deep and persistent trough in international dairy markets have hit Australian farmers with renewed vigour in recent weeks. Many farmers in southern export regions have seen 2015-16 farmgate prices cut, and there is a growing sense that the 2016-17 season will be a difficult one for balancing the books.

Farmers in domestic-focused regions are also likely to feel some impact, and growth in overall Australian milk production will be a difficult ask. The same market trough has failed to significantly dent milk supply in most of the world's major dairy exporters. Europe and the US continue to power ahead in year-on-year terms, and favourable weather in New Zealand has led to a much smaller decline than many had expected, even after a second season of bruising margins.

With attractive spot prices and weak comparables, dairy demand has grown in most importing regions over the past 12 months, with overall tonnages up nearly 6%. Despite an absence of the breakneck growth of recent years, China has been responsible for a large proportion of this; total exports to Greater China are up 16% in volume terms, though WMP volumes are still down over the period.

Exports to Southeast Asian countries continued to grow, with strong growth in milk powder categories, while export volumes to the Middle East and Japan have eased slightly.

Supply continues to outpace demand however, and inventories in many parts of the world – most conspicuously Europe – are building.

A relatively stable domestic market has helped buffer the Australian industry in the face of international headwinds. Despite some slowing, overall trends for supermarket sales of major dairy categories remain relatively unchanged from February's 'S&O' report.

Dairy spreads continue to grow strongly, while cheese volumes increased by 1.7% for the 12 months to March 2016.

The value of cheese sales grew by 1.8% in year-on-year terms, with strong growth in the value of deli and specialty cheese sales helping offset price falls in the unit cost of block and ingredient cheese categories.

Sales volumes for fresh milk are holding steady, while volumes and values for yoghurt and dairy snacks have eased. Infant formula continues to sell strongly, with growth of over 30% in sales through the supermarket channel, though the balance of Australian consumption and grey market exports is much less clear.

The 2015-16 season has been characterised by challenging seasonal conditions for many farmers. Rainfall across the country has been variable but generally below average, and while April was forecast to provide a much needed autumn break, rainfall for the month was lower than predicted. Constrained pasture growth has coincided with a tight market for hay, while lower international grain prices have taken some time to flow through to the Australian market.

For irrigators, low allocations and high demand have driven temporary water prices to post-drought highs. Fertiliser remains a bright spot, and a more favourable rainfall outlook suggests farmers may be better placed to take advantage of an ongoing global oversupply to grow more feed on farm, where cashflow allows it.

Confidence amongst farmers, as measured by the National Dairy Farmer Survey, showed a modest fall on average (down 1%) from 2015 to 2016, based on the annual survey in March.

• John Droppert is an analyst with Dairy Australia