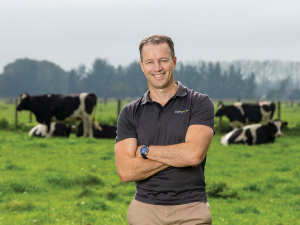 There is no point having the class exception if people can't actually then get into the country due to border restrictions, says Tim Mackle, DairyNZ.

However, dairy industry leaders aren't holding their hopes too high.

"And it's not just us. How many vets, contractors and shearers arrived last year? Bugger all."

While Lewis thanks Agriculture Minister Damien O'Connor and his team for securing changes to the class exemption scheme and securing more visas for overseas workers, he says the Government must take a serious look at its MIQ system.

"Farmers have to go through many hoops to secure a visa for the overseas worker and we follow the rules, but in the end everything depends on securing the MIQ spot," he told Dairy News.

Lewis says the industry cannot afford another season without the required 1,500 overseas workers.

In June 2021, the Government provided provisional approval for 200 international dairy workers to apply to enter New Zealand under a class exception scheme. This included a limit of 50 farm assistants, with the remaining positions to be filled by herd managers and assistant managers.

Following months of advocacy, led by DairyNZ, the Government announced in December that more dairy farm assistants would be allowed across the border to meet strong demand on farms.

"We know many farmers are having difficulty finding Kiwis to fill dairy positions, and the demand for farm assistants is particularly strong," says DairyNZ chief executive Tim Mackle. "We have been pushing hard for the Government to recognise the need for changes to the quota to allow for greater flexibility and more farm assistants to enter New Zealand."

While the changes are positive, Mackle says DairyNZ continues to strongly advocate for another 1,500 international dairy workers to be allowed into the country this year to help fill a critical shortage of dairy staff - estimated at between 4,000 and 6,000 workers.

"Border closures and an unemployment rate at 3.4% are creating ongoing stress for dairy farmers," says Mackle.

"Without the right number of people on farm, it puts animal welfare at risk, constrains the sector's ability to make environmental progress, and places a greater burden on increasingly stretched teams, with staff often having to work extraordinary hours.

"While we acknowledge the situation is uncertain, there is no point having the class exception if people can't actually then get into the country due to border restrictions."