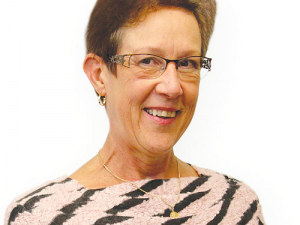 Marlena Kruger, who specialises in bone growth, has just completed a study of the effects of milk on children in the Fonterra milk-for-schools programme, and those who do not. The milk drinkers had significantly better bone health than those who did not.

The year-long research involved children aged five to ten. As the children’s diets were not controlled during the study, the data could indicate that the children drinking milk at school are also milk drinkers at home, so getting the full benefit of milk and dairy.

In general terms, Kruger says, drinking milk which supplies calcium, other minerals and protein is critical in life’s two big growth spurts – from birth to age five and later in adolescence to about 18; by this age a human has reached up to 80% of their adult skeleton, although bone accrual will continue for about 10 more years.

Kruger stresses milk is important during adolescence; at about the age 13 - 14 girls may become self-conscious about their bodies, worrying that milk and dairy products will make them fat. The irony is that those who turn to soft drinks will likely suffer more harm.

While not drinking milk can affect a child’s health, other factors are also emerging, Kruger says. With NZ children being so protected from the sun, they may not get enough vitamin D, a major problem also in Asia.

Studies show that children not playing outside, not getting enough physical exercise and not drinking milk are more susceptible to bone fractures.

“It is useful to promote milk as a health drink, perhaps broadening it to include dairy, Kruger says.