Milk meter for everyday use 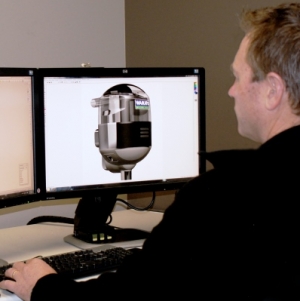 A Kiwi company with an innovation and technology focus has invented the first ever New Zealand-made electronic milk meter designed to use every milking, every day.

Waikato Milking Systems has created the new high-accuracy meter to give farmers real-time information about the performance of their cows, and to help increase their herds' productivity and efficiency.

The new product will be launched at National Fieldays at Mystery Creek, June 12 to 15.

Waikato Milking Systems is a leading provider of dairy technology throughout the country and around the world, exporting to more than 20 countries. It is a 100% New Zealand-owned company, dedicated to creating new dairy technology for farmers.

"Milk metering technology itself is not new – it has been around a long time. What is new about our Electronic Milk Meter is that it has been designed to reflect our core philosophies around performance, simplicity and value for money. It is also the only 100% New Zealand designed and manufactured electronic milk meter," Bell says.

"Milk metering technology is usually really complex, expensive to buy, expensive to maintain and out of reach of the everyday farmer. This new electronic milk meter has been designed to overcome those barriers."

The meter is expected to have significant international appeal because it is the latest technology and because it delivers results while being exceptionally easy to use, Bell says. It is designed to perform well in pasture-based environments such as New Zealand, and also intensive indoor dairy farming systems more typical overseas. Intensive systems generally have faster-milking, higher-yielding dairy cows, which means the design has to cater for a very broad range of milking conditions.

The meter clearly shows milk yield, milking time and milk flow rates during milking, along with a range of additional information about each cow. At the end of a milking routine, yield information can be automatically uploaded to external herd management software – including LIC's Protrack Vantage. A more extensive range of real-time animal data is expected when the next generation of Protrack is launched in the near future.

The Electronic Milk Meter package for every milking machine bail includes a Bail Marshall, which is new plug and play technology from Waikato Milking Systems. The Bail Marshall manages connectivity and communication between all devices on each bail, and enables farmers to add as many devices to each bail as they like – now and into the future.