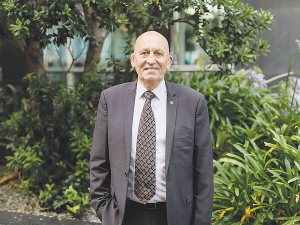 Farmers can expect good science-based viable tools to deal with their greenhouse gas emissions within the next five years.

That was one of the messages from last week's conference on agricultural greenhouse emissions, attended by more than 320 people, with additional participants from 15 countries and NZ joining in via Zoom. Most of the participants were policy or science people and just a few actual farmers.

Dr Harry Clark, the director of the NZ Agricultural Green House Gas Research Centre, says the mood of the conference was one of optimism that solutions were being developed. He says one of the most promising options is nitrate inhibitors, which is being trialled overseas now and proving very effective. But he says, in the end, dealing with greenhouse gas emissions (GHG) will likely will have a combination of toold and solutions. He says there were two key messages from the conference.

"Firstly, NZ has to be active in its approach to climate change and has to take action along with the rest of the world to reduce GHG's. It isn't a choice to us because we are a major exporter and our customers are saying that we have to do that.

"The phrase used by one person was 'customers are controlling the playing field' and the customers are saying we want you to reduce your GHG emissions. So I think the message was - we have to do this," he says.

But Clark says on the other side of that message was, we are actually seeing the development of technology now that will help farmers achieve what they are being asked to achieve.

"So from politicians and industry the message is that we have to take action, and then from the science side we got some positive messages that here are some technologies that are coming on," he says.

Clark says one of the highlights from an NZ perspective was a talk from a senior Irish agricultural official, Dr Dale Crammond, who pointed out that his country is in exactly the same situation as us.

He says Crammond noted that what they are doing mirrored the sorts of things we are doing, but points out that they have got bigger problems than us because they have got stricter targets dictated by the EU.