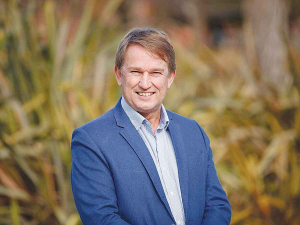 He says the present deal is better than the so-called new offer and the offer is a slap in the face to New Zealand dairy farmers.

He says the reported EU offer, comprised of miniscule quota volumes and high in-quota tariffs, could never credibly form part of a free trade agreement between the economies.

“This falls short of even paying lip-serve to free trade. It is unashamed protectionism from the world’s largest dairy exporter,” he told Dairy News.

“The starting cheese quota of 1500 tonnes is less than a rounding error, at just 0.02% of the EU’s nearly nine million tonne cheese market.  The butter offer of 600 tonnes is similarly low at just 0.03% of the domestic market, and each tonne will attract a tariff of Euro 586 per tonne, significantly constraining its usability,” he says.

A point of contention right from the start in the FTA negotiations has been the geographical indicators where NZ has been using names for its cheese, which the EU is in effect claiming as its intellectual property.

Bailey points out that NZ has been using these names such as gruyere, feta and parmesan for over 100 years and now there is an argument. Bailey says NZ should not give way on this issue.

“Adding insult to injury, EU dairy producers enjoy among the highest levels of trade distorting subsidies in the world – a practice that significantly disadvantages New Zealand exporters on the world market. This trade agreement is an opportunity for the EU to take real global leadership and send a positive signal for food trade.  It’s time for action to match words,” he says.

Bailey says Covid-19 has seen many countries turn towards protectionism in a bid to save their economies. But he says history tells us that the best way for countries to recover from an economic crisis is to trade their way out, not put up the shutters.

Aged 64, Malcolm Bailey says farewell after a stellar career in the dairy industry but his knowledge, innovation and drive will not be lost to the wider primary sector.

Malcolm Bailey says one of the difficult things he's had to overcome in his tenure with DCANZ is getting traction in the media to point out all the initiatives and works that have been done by the industry in the face of public criticism.