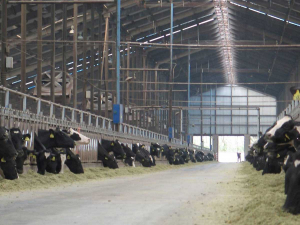 Fonterra has announced it intends to end its involvement with farms Beingmate businesses in China.

Fonterra hopes to end its involvement in farms and the controversial Beingmate businesses in China by the end of this year.

The co-op announced today that as part of a continuous review of its asset portfolio, it has decided to undertake a sales process for the joint venture (JV) farms in China.

It also announced that it had agreed to sell its 85% interest in the Hangu farm to Beijing Sanyuan Venture Capital Co Ltd. for $42m. Sanyuan has a 15% minority shareholding in the farm and exercised their right of first refusal to purchase Fonterra’s interest.

Hurrell says as with Fonterra’s own China farms, the decision to sell the JV farms is in line with the co-op’s strategy to focus on New Zealand milk.

Fonterra has also continued to reduce its shareholding in Beingmate, which has reduced to 2.82%.

The co-op had paid $755 million for an 18.8% stake in the Chinese company as part of a joint venture partnership. It has since written down the carrying value to $204m after a string of heavy losses decimated Beingmate's market value.

Hurrell says Fonterra will continue to sell down its remaining shareholding and expects to have fully exited this investment before the end of this financial year.

“Greater China continues to be one of our most important strategic markets. We remain committed to growing the value of our Greater China business, which we’ll do by bringing the goodness of New Zealand milk to Chinese customers in innovative ways and partnering with local Chinese companies to do so.”