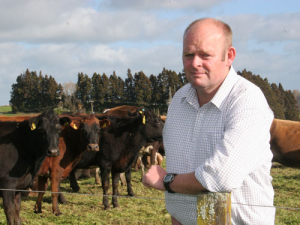 Fonterra farmers are confident their co-op was right in issuing a precautionary recall of infant formula four years ago.

Fonterra Shareholders Council chairman Duncan Coull says the decision to put safety ahead of everything else was the right decision.

Fonterra was this month slapped with a $183 million fine in an arbitration claim filed by French dairy giant Danone for recall costs during the false botulism scare at a Fonterra plant in 2013.

Coull says the council is confident the co-op acted with integrity when it issued the precautionary recall.

“ ‘Do what’s right’ is one of our four values and in continuing to put safety ahead of all else we will build on the trust people throughout the world have in us.

“As tough as this outcome is, the lessons learned have enabled our co-op to emerge stronger and we now need to move forward together, proud of who we are, what we have achieved and of our commitment to our values.”

Fonterra chief executive Theo Spierings says Fonterra is disappointed the arbitration tribunal did not fully recognise the terms of its supply agreement with Danone, “including the agreed limitations of liability, which was the basis on which we had agreed to do business”.

Both Fonterra and the New Zealand Government conducted extensive reviews into the events. A follow-up review by the Independent Inquiry commissioned by the Fonterra board confirmed that the cooperative’s management acted in the best interests of its consumers and the business at all times.

“The decision to invoke a precautionary recall was based on technical information obtained from a third party, which later turned out to be incorrect,” says Spierings.

“Danone considers this arbitration underscores the merit of its legal actions against Fonterra, including to champion the highest standards of food safety across the industry.”