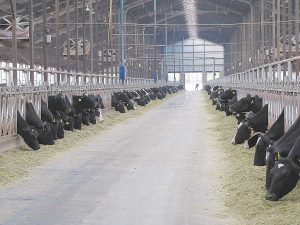 Fonterra spent almost $1 billion setting up the farms with little return coming back to farmer shareholders.

Last month, the co-operative announced that it had obtained anti-trust clearance in China. The $531 million deal will be finalised before July subject to a few other regulatory approvals.

The co-op will use cash proceeds from the transaction to pay down debt, as part of its overall debt reduction programme.

Fonterra announced in October last year that it had agreed to sell its two wholly-owned farming hubs in Ying and Yutian to Inner Mongolia Natural Dairy Co. Ltd, a subsidiary of China Youran Dairy Group Limited.

Over the past 10 years the co-op has invested over $1 billion in China Farms with very little returns.

“We don’t shy away from the fact that establishing farms from scratch in China has been challenging, but our team has successfully developed productive model farms, supplying high quality fresh milk to the local consumer market. It’s now time to pass the baton to Youran and Sanyuan to continue the development of these farms.”

Hurrell says the sale of the farms will allow the co-op to prioritise the areas of its business where it has competitive advantages.

“For the last 18 months, we have been reviewing every part of the business to ensure our assets and investments meet the needs of the co-op today. Selling the farms is in line with our decision to focus on our New Zealand farmers’ milk.

“China remains one of Fonterra’s most important strategic markets, receiving around a quarter of our production.

“Selling the farms will allow us to focus even more on strengthening our Foodservice, Consumer Brands and Ingredients businesses in China.

“We will do this by bringing the goodness of New Zealand milk to Chinese customers in innovative ways and continuing to partner with local Chinese companies to do so. Our investment in R&D and application centres in China will support this direction,” says Hurrell.

Separately, Fonterra has agreed to sell its 85% interest in its Hangu farm to Beijing Sanyuan Venture Capital Co for $42 million. Sanyuan has a 15% minority shareholding in the farm and exercised their right of first refusal to purchase Fonterra’s interest.