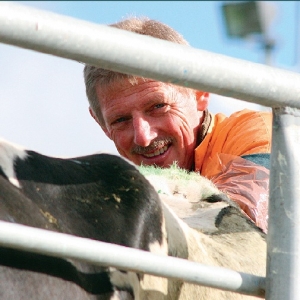 Fonterra's dairy farmer supplier-shareholders are welcoming an early Christmas gift, with the cooperative lifting its 2012/13 forecast payout by 25 cents per kilogram of milk solids (kg/MS).

"This will be a huge relief putting clearer air between our costs and projected revenue," says Willy Leferink, Federated Farmers Dairy chairperson.

"I must confess we were expecting this revision and I imagine the markets were as well. It was probably a case of getting the Fonterra Shareholders Fund away first.

"As Fonterra noted, GlobalDairyTrade prices have increased by an average of 17.7% since August. Over recent times farmers had seen more gains than falls on the platform too."

But before people end up confusing revenue with profit, Leferink says the Ministry for Primary Industries National Dairy model had forecast a cash deficit of $19,000 inside the farm gate this season.

"Fonterra's revision upwards looks like turning that from red to a modest black. The cash surplus is more likely to be around $21,000 if the current forecast sticks," he says.

Farm working expenses and interest payments now represent $4.99 kg/MS, he says. On the old milk price of $5.25 kg/MS that didn't leave much freeboard, if any.

"The latest milk price revision of $5.50 kg/MS is also a long way short of the $6.08 kg/MS farmers were paid for their milk last season," Leferink says.

"Federated Farmers advice is to maintain austere budgets and prioritise spending that saves your farm business money, like your Federated Farmers membership. There could be economic shocks to come like what is brewing in the United States with its 'fiscal cliff'.

"We also need to be mindful that without wide scale water storage, the Kiwi economy is acutely vulnerable to the vagaries of rainfall in some of our key farming areas. There are pockets of dry now appearing too.

"Having seen one headline wax-on about a six-figure payout, I must again caution not to confuse revenue with profit. This expected revision is welcome and is great for morale before Christmas but it will not set the tills alight," Leferink says.