Entries flow in for dairy awards 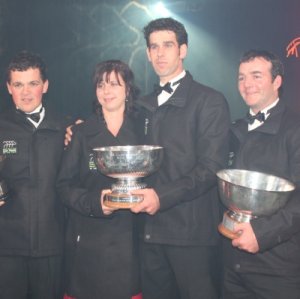 The biggest number of entries on the first day have been received for the 2013 New Zealand Dairy Industry Awards.

"We are pretty happy with that and it's 10 more than entered on the first day last year," she says.

"The first entrant was a dairy trainee from the Hawke's Bay Wairarapa region who must have entered before milking as the entry was up very early in the morning."

Keeping says the Auckland Hauraki region held its first launch event in Ngatea on the Hauraki Plains last night and that had resulted in seven entrants.

Most regions are holding launch events for people interested in entering the awards this month, details of which are on the website www.dairyindustryawards.co.nz.

More than 500 people are expected to enter the 2013 awards before entries close on December 20.