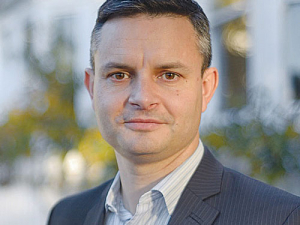 “We cannot say that this is as good as it gets and that we can’t do anymore,” Shaw told the DairyNZ Farmers Forum in Hamilton today.

Shaw noted that the sector’s emission has dropped from 0.88/kg carbon dioxide equivalent/kg of product to 0.75/kg.

But he points out that while we are improving emissions per unit of production, the total volume of emissions still matters.

“That’s because it’s the total amount that makes the difference," he says.

Shaw praised the work done by the dairy sector, including its climate change ambassadors and through He waka eke noa- the world-first partnership between the farming industry and government, aimed at building a framework to reduce agricultural emissions.

“The sector has in the last few years demonstrated its commitment to making a difference,” he says.

About 400 farmers are attending the one-day event.