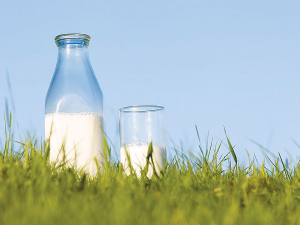 This saw the overall price index fall by only 0.8% compared with the auction held a fortnight earlier. Total volumes sold were 20% lower, associated to seasonal declines and within market expectations.

The NZ dairy sector’s all-important whole milk powder price (WMP) increased by 0.1% to US$2,745/MT compared with the previous GDT. The WMP price was much stronger than the 4% fall indicated by the futures market.

However, there was an increase in butter and AMF volumes, 42% and 3.5% respectively – which explains their price falls.

Bailey adds that North Asian (primarily Chinese) demand was back, with total product volumes down by 45% compared to the previous GDT. He says increased buying from Southeast Asian and Middle Eastern countries buoyed last week’s auction, with purchased quantities up 46% and 37% respectively, against the prior auction.

However, Bailey has sounded a note of caution about the premiums Oceania product is currently maintaining over the international market.

“Oceania’s premiums are somewhat alarming,” he says.  “Last week’s prices settled at an average premium of 36% compared to international markets. “Specifically, Oceania butter, SMP, WMP, and Cheddar prices are at 56%, 27%, 13%, and 46% respectively, above the combined average EU and US prices.”

Bailey says these premiums are well above their 2019 comparisons of -3%, 12%, -5%, and 7% respectively. However, it is not unusual for Oceania product to earn price premiums compared to global competitors.

Bailey says there is also a seasonal component and historically Oceania premiums show a tendency to peak February through April, as the region’s milk volumes slow and its products become scarcer.