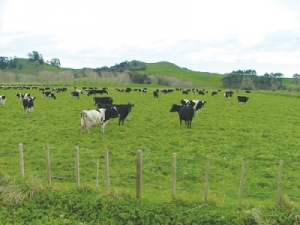 Indications are that dairy farms values in most regions are down 8-18% in value, says the Real Estate Institute of New Zealand (REINZ).

The month of June saw minimal activity with seven sales for the month, REINZ says.

There's been reasonable enquiry for good properties with limited listings and emerging enquiry regarding values for the 2016/2017 season.

There's increasing enquiry for 1000-3000 cow units in the South Island where the cost of water is now consistently being factored into decision making.

From a pricing perspective, the Dairy Farm Price Index indicates an easing of 18% in the last 12 months, but only a 2.2% drop from five years ago, REINZ says.

A significant number of lifestyle block owners may have to pay a capital gains tax on their family home, warns the Real Estate Institute of NZ.

A promising start to summer

Summer has seen a good start to farm sales, according to the latest data from the Real Estate Institute of New Zealand (REINZ)