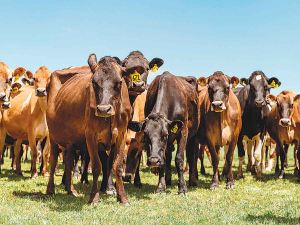 A dairy farmer has been fined $40,000 for breaking the tails of his cows.

Lane Rodney Wiggins, 53, had earlier pleaded guilty to two charges under the Animal Welfare Act following a prosecution taken by the Ministry for Primary Industries (MPI).

He was sentenced in the Hawera District Court on 15 December.

On the first charge, relating to breaking the cows’ tails, Wiggins was fined $35,000.

On the second charge, relating to docking the cows’ tails, he was fined $5,000.

The Court also ordered that he be placed under intensive supervision for two years. This condition means Wiggins will have an immediate inspection of his herd done by a professional nominated by MPI. He will then be required to have follow-up inspections every six months, at his own cost.

MPI animal welfare regional manager Joanna Tuckwell says while farming can be stressful, there’s no excuse for the behaviour that led to these injuries, which are consistent with excessive force and incorrect technique being applied during handling.

“Even though farmers will sometimes use a cow’s tail to steer the animal where it needs to go, best practice is not to lift or twist tails. It takes excessive force to break a cow’s tail.

“The cows that Mr Wiggins deliberately ill-treated would have been in considerable pain. This action was simply cruel and unnecessary,” she said.

The court heard that in June 2018, MPI launched an investigation into tail breaks and tail docking at Wiggins’s farm.

Two MPI animal welfare inspectors and a veterinarian inspected the tails of 195 cows.

The inspection found that 136 of 195 cows in the herd had broken tails. Of those, 111 of these tails had multiple breaks – between 2 and 6 per tail.

130 of the 136 cows’ tails were assessed as having breaks in the mid or high sections of their tails. This section is the thicker part of the tail and would have required considerable force to cause a break.

Wiggins’ explanation for the tail breaks was that he was under time pressure and that he had bent the tails while pushing the cows into the milking shed.

Tuckwell says that MPI takes their role as the regulator for animal welfare compliance very seriously.

“Where we have clear evidence of offending of this nature, we’ll take prosecution action.

“Our advice to all people in charge of animals who may be having personal challenges on the farm is to seek help before it comes to this.”