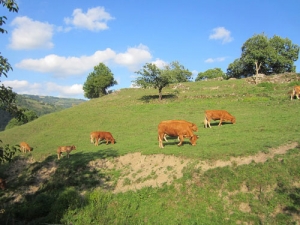 There is almost a lull in dairy farm sales but things could change in the coming months.

The next couple of months could be a telling time for decisions on dairy farm sales, says Real Estate Institute of NZ rural spokesman Brian Peacocke.

There is almost a lull at present with dairy farm sales just 16% of all farm sales in January – at the lower end of the normal 16-20% percentage of sales.

"I think a lot of people are having discussions with their banks currently and right now I'm sure a lot of decisions are being made," he told Dairy News.

"The best decision may be to sell. Then the next question is 'when is the best time?' Do they do it in autumn or do they wait for spring? The payout levels currently will influence that thinking and the longer term projections for the payout will probably have a bearing on it as well."

People are assessing where they are right now.

"While there has been a lot of talk of more properties coming on the market, it has yet to show up in reality. People are watching things quite carefully and I'm sure the mix of climate and financial institutions will determine a lot of what happens over the next couple of months.

"The next couple of months will be crucial. I would have thought if people were going to put their properties on the market to sell, if they are dairy farmers for this current season they would have put them on the market by now because in many cases there is a five-six week period of marketing.

"That puts us through to later March before there is a result, leaving only two and a half months as a general takeover time. If they were going to do it they would need to be getting into gear and doing it now.

"I suspect a lot of dairy farms had their structures put in place for the season and maybe those decisions may be implemented later in the season and we may see more properties coming out in the spring."

With farmers being resilient they will always take the option to tough it out given the opportunity, Peacocke says.

"Generally, unless [selling] is for age or health purposes, I'm sure they will hang on as hard as they can until their options are pretty much reduced."

He understands there are quite a few Southland farms on the market. But the only farm sales in Southland in January were a collection of five farms approved by the Overseas Investment Office for purchase. No other dairy farm sales were recorded in Southland for January.

After a cold hard winter and early spring they are in good shape and producing well.

Southland's sales pattern is later than Waikato's, for example, so there is a good chance more sales will occur in the next couple of months.

"Quite a lot of those properties will already be on the market, as opposed to Waikato where there are not many dairy farms on the market at the moment."

Peacocke says on the demand side there is still solid interest or inquiry for really good properties, but there doesn't appear to be much appetite for the lower quality properties.

"Some sales throughout the country for really good properties suggest at this stage that the values for those types of properties are holding quite steadily. If there is going to be a price decline we will probably start to see it as we go into autumn. We won't be able to see it at this stage."

Some areas are distinctly different from others. For instance Taranaki seems to be stronger in some respects, particularly if a neighbouring property comes to light or if there is land that has better cropping qualities and dairying capacity.

So there is quite solid demand in Taranaki but variable demand around the whole country.

"In the lower part of the South Island from mid Canterbury right through to the bottom of the island things have been distinctly slower in recent times than further north."