Climate change issues will get much worse – Jager 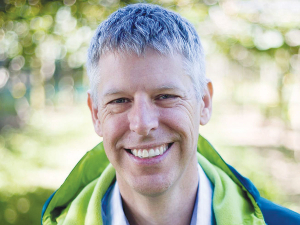 Farmers may think the pressure of climate change today is bad, but it will get much, much worse, says Primary Sector Council chairman Lain Jager.

Even so, he remains optimistic about New Zealand’s future.

Jager says it appears that globally we will not hit the Paris Accord targets for climate change. The aim is to restrict warming to 1.5 degrees, but it appears it will go to 2 degrees and on its way to 3 degrees.

“That has enormous implications. Our strategic judgment is the pressure on issues related to environmental sustainability will be unrelenting,” Jager told the ProteinTech19 -- Disruptive Innovations in Food Production conference in Auckland last week.

Climate change issues will get much worse, Jager says.

“Because as the planet warms through 2 and 3 degrees, we will see impacts of climate change... floods, droughts, falling ground water levels, ocean acidification and pressure on biodiversity.

“There is fear in the global population associated with that. That fear is growing, is well founded and not [prompting] just a rational conversation, but a passionate conversation driven by fear.

“We have seen that play out in real time in the media every day and the pressure that came on to the sector through the last election. That doesn’t get better, it gets worse.”

It is not just in a global context, but a national context, Jager says.

“Not just emissions but also fresh water, land and soil quality, biodiversity, the wellbeing of our animals and our marine health.”

Fifty percent of our emissions come from the food and fibre sector and we are deeply invested in ruminant protein, he says.

“Nor is New Zealand particularly good [in relative terms]. We are the fifth highest emitter (per person) in the OECD.

“To find a positive way into the future we need to be excellent at farming in an environmentally sustainable way. It is our only viable positioning as a sector.

“Our farming systems will have to be resilient [in the face of]  climate change. That is because [the global community is] not going to hit the Paris accord.”

Natural food production systems will come under enormous pressure. But NZ has a relative advantage in being relatively small and having a temperate climate.

“And we have relatively plentiful rainwater. But if we think we are not going to be impacted by the impacts of climate change on food production systems, that would be a poor judgment.”

When Jager talks to farmers about these issues they point out that NZ is responsible for no more than 0.3% of global emissions. The farmers say “whatever we can do isn’t going to make any difference” and that NZ has low population density, exports a tremendous amount of food and has a high level of renewable energy.

Farmers ask, what do you want us to do? Dairy farming on the Canterbury plains is said to be problematic but “what else can we farm on this land,” they ask. What land use alternative do we have, farmers ask, pointing to the investment they need to get there.

Farmers say they want high quality data, clarity and help to achieve this.

“That too is a legitimate dialogue with overtones of concern and fear about the future. To make progress we need to reconcile those two dialogues,” said Jager.

That requires leadership and clear strategy and policy -- “the people of New Zealand working in partnership about a commonly agreed future”.

Jager says he is optimistic about NZ’s future.

“This change in values toward putting our environment at the centre of things has been a long time coming. And there is a reason why now is the time: there is enormous urgency about not just emission but our rural environment.

“After talking with farmers across the country I can tell you they know that. What’s missing is a well articulated way forward that can give them confidence for the future too.”

The Primary Sector Council is a diverse group of 16 but it has underweight representation from dairy and sheep and beef, says the chairman Lain Jager.

“That has had implications for the way we go about doing our work. A particular implication is that you haven’t heard much from the council since it came into existence.

“I haven’t had one bad conversation with farmers of New Zealand. It has been a tremendous engagement.”

The whole construct of why we need a vision is challenging, Jager says.

“In the context of the challenges ahead of us, which are very material, we are going to have to work together to make progress -- business and government and farmers and urban people.

“We have the challenge of a lifetime ahead of us in climate change. So finding common ground and identifying a common objective is hugely important. It calls for alignment through the system.”

The council is just an advisory group, Jager says. It was formed in April last year and will be disbanded in April next year.

Jager says Agriculture Minister Damien O’Connor is looking at the challenges ahead for the food and fibre sector and asking, can the sector coalesce around a vision that will balance economic aspirations with the environmental imperatives ahead of us?

And importantly, can the sector conduct itself in a way that allows it to be respected as a cornerstone stakeholder in our nation.

Jager says the council is “well down the path” of consultation with big business, industry-good organisations and farming communities. They are starting to coalesce around a vision.

They intend to remain “deeply underground” for another three or four months.