Build up to dairy awards 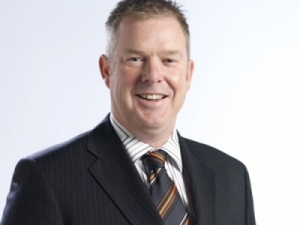 Thirty three of the nation's top dairy farmers will be heading to Wellington to vie for the three top titles.

"The awards shine a light on the positives of the industry and showcase some of the outstanding leaders within. With the industry facing some extremely tough times they provide a welcome opportunity to celebrate the good things," he says..

The Share Farmer and Dairy Manager finalists collectively represent over 4200 hectares of the 1.8 million hectares of land used by New Zealand's dairy farmers, and they farm over 11,600 of New Zealand's five million dairy cattle.

"These finalists are the elite of the elite. There are only 33 who made the finals out of the 542 who entered and they deserve a huge congratulations from us all. Not only for making it this far but for entering in a year where it would probably have been easier to put your head down and just try and survive," says Campbell.

Campbell went on to say part of the benefits of the awards is the learning opportunities for entrants both from each other, the judges, previous entrants, as well as sponsors.

"We are proud to sponsor the awards and our agri managers love talking pasture with entrants. We're particularly thrilled to see four of the 11 Ravensdown Pasture Performance winners going through to the finals who will have a good chance of taking out the $2000 prize."

"It's one of our points of difference, we're always looking to make pasture growth as precise as we can, be it with our pasture measuring technology through C-Dax, our Smart Maps system or our soil testing laboratory ARL."