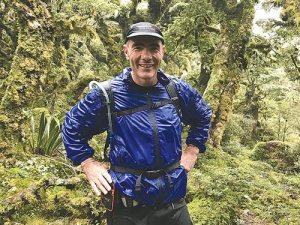 “It was incredibly disheartening to read recently that some schoolchildren were being bullied for coming from a dairy farming family,” he said at the Ballance Farm Environment Awards.

“It’s also disappointing to hear calls to put a ‘cap’ on the number of dairy cows in the country. This is cynical politics for a number of reasons.

“First, it deliberately isolates one particular farming type as the sole cause of water quality issues in New Zealand. These issues have built up over decades from a variety of land uses, both rural and urban, and will take decades to fix.

“Second, it’s naïve to [criticise] the yearly event of calving, when the population of cows almost doubles in a short time.

“Finally, it ignores the process by which the impact of farming on our environment is regulated: at a regional council level, managed on a catchment-by-catchment basis.” That is how we will achieve the goal of having 90% of rivers swimmable by 2040, Guy says.

“About three quarters of our waterways across the country are in good shape, and achieving our goal of 90% will be a long-term project that will cost the country about $2 billion – that’s taxpayers, ratepayers and farmers.

“We are going to achieve it in a practical, realistic and sustainable way that doesn’t ruin our economy at the same time. This is a long term issue and we’re all in it together.

“A huge amount of work has already gone in with new rules, standards and monitoring which simply didn’t exist 10 years ago. About $450 million has been committed towards freshwater clean-up projects.

“In recent years there has been a huge reduction in pollution entering our lakes and rivers from dairy sheds, factories and town effluent systems, and billions has been spent on upgrades.

“There is also a huge investment in science and good ideas from both Government and industry looking for new technologies and ways to improve farming practices.”

Guy says a few weeks ago he commented on not being able to double the number of cows in NZ, which attracted attention.

“For some people my comments were surprising and seen as a ‘flip-flop.’

“That’s because many believe a myth that this government somehow determines who farms what, and has a preference for dairy,” he says.

“Of course, this myth ignores the role of regional councils in setting environmental limits and granting consents, and more importantly the role of the farmer who alone makes the decision and carries the risk associated with their business.

“For any farmers reading those articles, my comments about not being able to double the number of cows was obvious. Farmers have a better understanding of their land and its limits than anyone else.”

Farmers are environmentalists and their land is their legacy he says. An environmentally sustainable farming operation is not just a source of pride within a community; it’s an asset to pass down to future generations.

The rural story needs to be told straight from the woolsheds and dairy sheds, says Guy.

“It’s going to need to be from someone in a Swanndri, not a suit.”

Who else is going to explain that farmers have spent at least $1 billion of their own money towards environmental measures on farm? he asks.

Guy says he recently got a letter saying farmers were taking too much of an unfair kicking, and the writer asked him what we was doing about it as Minister of Primary Industries.

“My answer was that I’ll continue working my butt off, but if we really want a message to change the public perception of farming, it can’t just come from a politician like me.”

Who else is going to explain that farmers have fenced enough waterways to cover the distance from Auckland to Chicago and back again? he asked.

“And it’s important to understand that while farming may not be the sexiest thing around, food is,” he says.

“Maybe we stop calling ourselves farmers, and introduce ourselves as food producers?

“My challenge to all of you here is to set yourself some goals of promoting your industry to your friends and family who might not know much about it.

“In the age of social media, everyone here has the ability to influence public opinion more than you’d think.”